New Zealand's Prime Minister says the controversial travel advisory on travel to Tonga will stay, despite a report released on Monday that says Tonga properly validated the MA60 plane.

The Chinese manufacturer, AVIC, has strongly criticised the World Bank's draft report, which said the plane was not properly validated.

The World Bank looks set to withdraw any references to the plane. 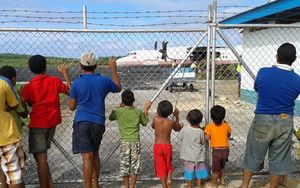 An assessment issued by independent aviation advisor Peter Williams has confirmed the plane was properly certified by Tonga's aviation authorities.

But John Key says the World Bank report has not yet been released, and he takes transport safety issues in the region very seriously.

"We do take very seriously our responsibilities and the aircraft would need to be certified to the standard that we believe is appropriate, and if that fails to be the case then New Zealand will continue to have that warning on its travel website, that we do, just making sure that people are aware of the situation."

There is no New Zealand travel advisory for any other country using the Chinese MA60 plane.