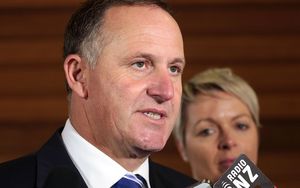 Samoa's Prime Minister, Tuilaepa Sailele Malielegaoi, has praised New Zealand's support which includes $5 million US dollars to help with the country's preparations for the September conference.

John Key says the event will be the biggest United Nations conference held in 2014.

"The biggest thing that we're doing for them this year is the support that we're giving towards the Small Island Developing States conference. About 3,000 international delegates will come to Samoa and New Zealand is really providing a huge amount of financial support for that event."

The Prime Minister's Pacific mission will also include visits to Tonga and Niue later this week.