The damage caused by vandalism at the Vale nickel plant in New Caledonia is now estimated to be more than 34 million US dollars.

The violence, which began at the weekend, has seen days of confrontations at St Louis near Noumea where about 150 riot police have been battling young Kanaks using firearms.

Three security personnel have been shot and injured.

The unrest has led to repeated road closures and angered residents unable to travel between Noumea and Mont Dore.

Dozens of people have expressed their frustration outside the French High Commission while hundreds blocked the access to the SLN plant in Noumea in protest at some workers risking losing their pay because they cannot get to work. 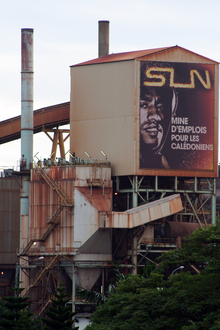 The protest by the young Kanaks was accompanied by calls for the Vale plant to be closed for good after another acid spill three weeks ago led to operations being suspended.