Twenty of the most entertaining live classical music performances from the United Kingdom are being broadcast on RNZ Concert this month, and millions of people overseas have heard our New Zealand art music over the past year. 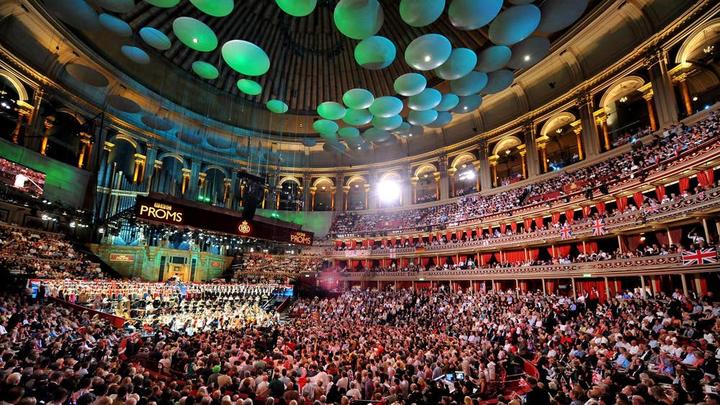 The BBC Proms is a decades old celebration of great music performances designed by the UK's public broadcaster to be accessible to new and familiar audiences. You can find out which performance RNZ Concert will broadcast on Music Alive (most evenings) here, and you can plan your Proms by looking ahead at our radio schedule here. The Last Night of the Proms will be on Friday evening 24 September.

But hearing the best of the BBC Proms at a polite time of day in New Zealand is only half of the story...

RNZ Concert receives the Proms through an international music programme exchange. In return we select some of the best live music recordings we make and submit them for broadcast overseas.

Over the past year 28 different RNZ recordings of local live music performances by six of our performance partners were broadcast in 30 countries outside of New Zealand. Popular selections included the NZ Symphony Orchestra: Celebrating Togetherness - Ngū Kīoro…Harikoa Ake; Tami Neilson Live at the Auckland Town Hall; and the Auckland Philharmonia Orchestra's: 'A Woman's Place' - Celebrating 125 Years of women's suffrage in New Zealand.

These examples include New Zealand composition and performance, and elements of te reo Māori and taonga pūoro (traditional Māori instruments). Composers tell us that having RNZ record, broadcast and share their work internationally contributes to them being offered new commissions, scholarships and having their compositions chosen for performance round the world.

As well as amplifying our local music culture and economy on the world stage, RNZ Concert provides new interpretations of core repertoire – the meat and vege of classical music - to international broadcasters. Performances by the APO of Great Classics by Elgar, Saint-Saëns and Beethoven; the NZSO performing Berlioz, Debussy and Ravel; and concerts by Orchestra Wellington and Voices NZ Chamber Choir are just some of those broadcast elsewhere over the past year.

We don't receive audience numbers for the overseas broadcasts, but it will be in the millions as many of these radio stations have audiences that rival the population of New Zealand.

The good uptake of this music internationally is a testament to the consistently high standard of performance, composition, and sound recording that New Zealand is producing. Art music (like some sports codes) is an area where NZ punches well above its weight, and RNZ Concert plays an important role in collecting and sharing these sounds within New Zealand and across the world.