Cultures collide in Classical on Cuba

Classical on Cuba, a fusion of hipster culture and something, well.. a little more classical, is back for the second year running.

An experiment after last year's lockdown, Classical on Cuba was designed to take music, typically heard in theatres, directly into people's favourite bars and restaurants, and by doing so entice them back to the city.

Two days, 20 venues and 100 concerts - this weekend's event is a chance to curate your own musical experience. 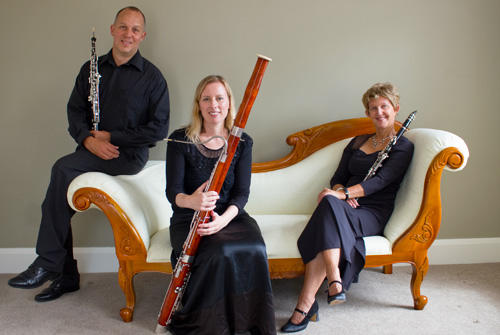 One ensemble to catch is Capital Reeds. A classic trio d'anches comprising an oboe, bassoon, and clarinet.

Two of the ensemble, oboist Calvin Scott and bassoonist Oscar Laven, who is standing in for Penny Miles, talk to Upbeat about what it's like playing outside the typical classical space.

Last year had them jumping from compact bars to cavernous concrete breweries.

Calvin explains that without microphones or amplifiers you are forced to be creative with the acoustics of the space.

For Oscar, a renowned saxophonist, a weekend on the bassoon is something to look forward to, despite the fact that next to his usual instrument, the bassoon is "utter chaos".

"[It] defies all logic and rational thought, but it's what I like about it. It's an other worldly instrument," he says.

Calvin is promising a clever mix of arrangements from Capital Reeds.

Expect them to charge through a variety of eras from Western heritage - Bach, Mozart, Handel, and that famous 20th century composer, Freddy Mercury.

Listen as the musicians talk about the impossible fortune of finding a perfect reed, host David Morriss navigates the pronunciation of trio d'anches, and what to expect from a rendition of Bicycle Race given by an oboe, a bassoon, and a clarinet.

Capital Reeds will be playing at the Bicycle Junction on Saturday August 7 and at Naumi Hotel on Sunday August 8.