The Royal Opera House Covent Garden has announced that it will reopen for live audiences on 17 May 2021. This is welcome news to New Zealand Tongan tenor Filipe Manu, who is in the second year of the prestigious Jette Parker Young Artist Programme at the Opera House. 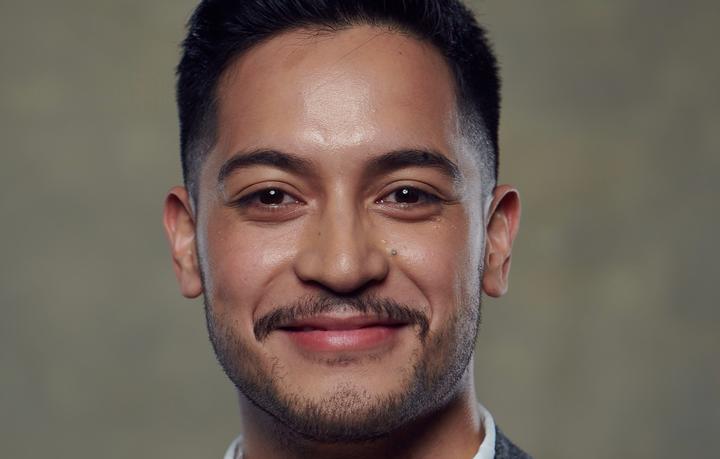 Since joining the programme in 2019, Filipe has performed the role of Gastone (La Traviata) on the world-famous main stage and made his debut at Wigmore Hall and the Royal Albert Hall.

As a member of the Young Artist programme, Filipe gets coaching from the Royal Opera House Music Director Antonio Pappano, and he’s learned that you can’t get anything past 'Tony’, as he’s known to the Young Artists. “He’s an amazing musician, a generous man with his time. I’ve been very fortunate to work with him”, FiIipe says.

Under Covid-19 restrictions, Filipe has had to adapt to new ways of working and performing. After the Royal Opera House closed its doors, Filipe’s opportunities moved online.

Singing to a camera has been something the versatile tenor has learned by doing, and with little notice. He found out about the first Royal Opera House livestream a week before the show - a gala with reduced orchestra and Music Director Antonio Pappano conducting. Filipe describes it as a “zero to a hundred” experience.

Filipe has discovered that your eyes need to be much more engaged with the story when you’re singing to a camera. “If anything, you have to do a lot more work in your imagination, but not necessarily in your actions and movement.” 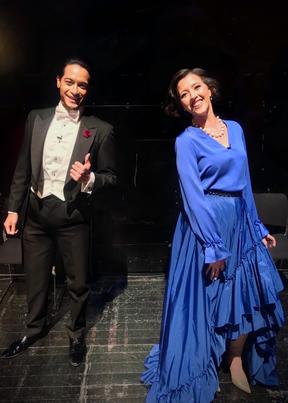 And adaptability is key. Filipe joked about what he’d be asked to do next on the Young Artist Programme.

“...imagine if they get me to sing with Lisette Oropesa. I wouldn’t complain about that!”

To his surprise the Royal Opera House did ask Filipe, at short notice, to sing a duet with the internationally renowned Cuban-American soprano.

“And that was amazing. It’s one thing to hear someone online and through your headphones, but I think just being onstage with them you absorb so much - and I could feel my singing improving so much, trying to emulate the style of what she was singing. I think that’s the massive benefit from singing with these big stars who are doing really well in their field of repertoire.”

Were it not for Covid, Filipe may never have found himself singing on the roof of the Royal Opera House. He and a videographer were given access to the rooftop on a freezing cold day to film Bellini's ‘Una Furtiva Lagrima’, unaccompanied, looking over to an empty Covent Garden.

“It was weird, it was surreal. To see a square that is usually so busy with people... it was very lonely. One of the things I noticed immediately was that there were no buskers. There’s this guy that busks in Covent Garden and he always sings the absolute tunes by Earth Wind & Fire... there’s not Earth Wind & Fire any more, so I thought there was something really wrong cause they’re usually there every day.”

With the Royal Opera House re-opening in May, Filipe is glad to be back rehearsing in the theatre. “It’s a really nice house to sing in”, Filipe says. “It doesn’t always feel like that when you’re onstage. But when you’re out in the auditorium as an audience member, you’re spoiled with how good the acoustic is.”

“From the stage you can’t always see much, but you can see the beautiful dome, right at the top, which is a beautiful place to sing into. As they always say, ‘sing to the cheap seats’.

After singing on his own for so long, Filipe is happy to be back in the building performing alongside his colleagues again.

“I’m now singing in a group of four and I’m just really enjoying being able to make music with them and hearing other voices and being able to be part of a harmony.” 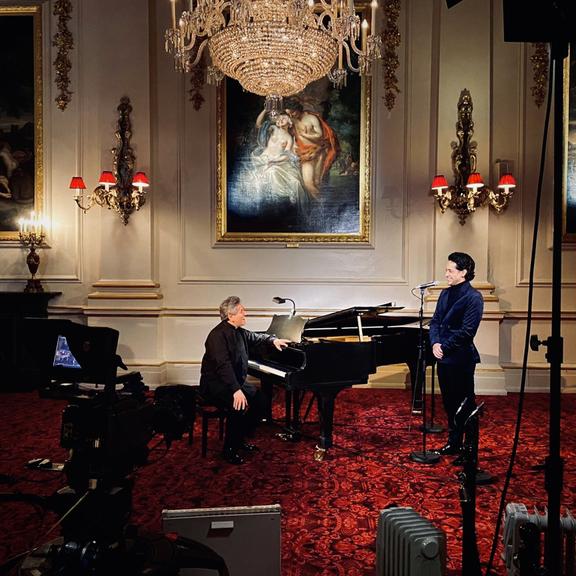 Now while there’s nothing on, the Young Artists have the main stage to themselves. During normal times the performers would only have about a week to rehearse on the main stage. Now all that’s missing is the audience.

“I think one of the things that makes the opera house what it is, is the front of house with people – the audience, the members of public that come along and they always give it life, there’s a buzz, there’s a show that’s going on. It’s very weird to see the house like this.”

“There’s an electricity that you feel, that’s so specific to live performances... You feel so supported, knowing everyone there wants the best performance of you.”

Filipe Manu will appear in The Royal Opera’s upcoming production of Bertolt Brecht’s and Kurt Weill’s ‘The Seven Deadly Sins’ and ‘Mahagonny Songspiel’ on Friday 9 April (UK), available to online audiences only, via the Royal Opera House website.

Filipe’s time as a Jette Parker Young Artist ends in July, and it feels as though he’s just walked through the door. Although he has some exciting performances opportunities lined up, he can’t say what, where or when - but it does include singing his first main role in London.