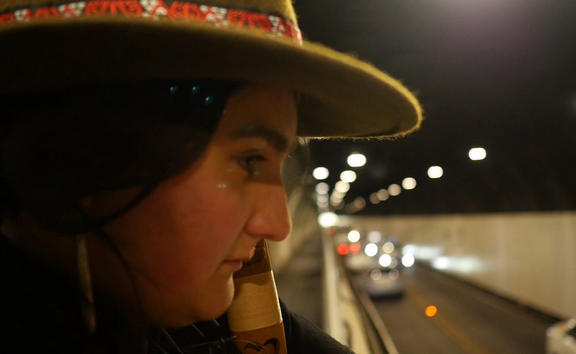 Wellington artist Ruby Solly (Kāi Tahu, Waitaha, Kāti Māmoe) has had an intensely creative spell over last few years. Her debut album Pōneke came out in 2020; she's just released her first book of poetry entitled Tōku Pāpā; and she frequently appears on stage in various contexts in the Wellington music scene. Ruby is also a music therapist and PhD student, whose study looks at the use of taonga pūoro in hauora Māori.

Her new work 'Ātahu' for four taonga pūoro players and orchestra was commissioned by the Auckland Philharmonia Orchestra and the Auckland Arts Festival.

Ruby Solly joins Nick Tipping to talk about 'Ātahu', music therapy, and the interface between Māoritanga and classical music.