Ruby Solly (Kai Tahu, Waitaha, Kāti Māmoe) is a musician, writer and  music therapist who says she finds it hard to explain what she does for a job.

She said her partner joked recently that her work involves "noises and nothing".

On a more serious note, she said in te ao Māori toi (indigenous knowledge) is woven through everything Māori do so it extends into writing, music, therapy and healing.

"It's all a part of everything; it's not a separated out way of being. So it feels very easy to do that and I think I definitely work in that inter-connected thinking way..."

One of her main introductions to music in childhood was the sound of an orchestra tuning up.

"It's almost like a ritual. It's ceremony; it's the start; and everyone getting ready and you know something's going to happen. It's almost like a powhiri into the performance. It's incredible; that's a big sound for me." 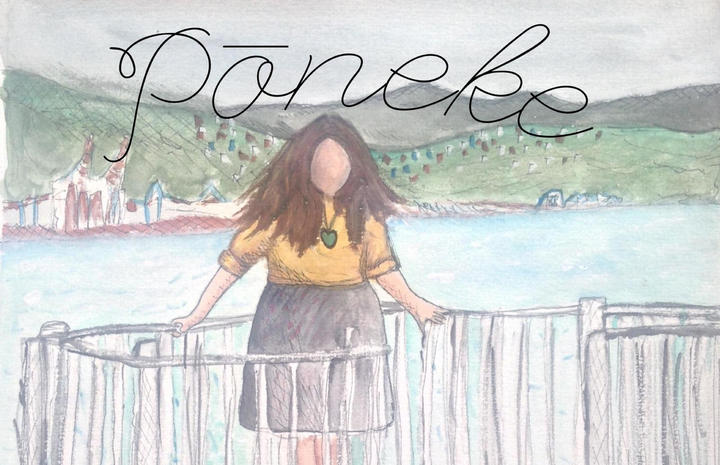 Solly grew up with music, her mum is a ukelele teacher, her dad is a singer, her grandmother played piano and an uncle is a musician while her stepdad was in the Hamilton County Bluegrass band. So there were many opportunities for sing-a-longs and jam sessions at parties and other social gatherings.

"So it's always been around and quite normalised but not in an intense way - like 'this is our thing'.  This is part of who we are, this is our landscape."

She said Waitangi Day is a conflicting and interesting day. In some ways it feels like how it should be every day because tangata whenua are not represented at events in a "tokenistic" way and it prompts people to think about history and their whakapapa, Solly said.

"It can be a bittersweet day for those reasons."

It also acknowledges the hurt that came with the Treaty of Waitangi, such as 80 percent of the South Island being bought for a pittance.

Solly is a big fan of Wellington where she lives in the Aro Valley surrounded by "people who feel like family".

"It feels like I've got lots of aunties and nannies and cousins around which is beautiful because that's what I grew up with in Whakapapa village and then as well just out of Turangi....but there's also enough work here for me to do lots of different things."

"People want to foster different scenes and everything kind of interacts a bit more... there's space here [in Wellington] for people to do all the things they're good at and be part of multiple communities that all intersect."

She plays some traditional Māori instruments (taonga pūoro) and is among those hoping that they will become more commonplace. There are more than 40 instruments that produce different sounds.

She has also studied music therapy in part because her mother used music to help special needs children.

"Music therapy is actually an intrinsic part of te ao Māori and how we use music. When someone starts singing a song and then you find a key straight away behind them and kind of lift them up, that's something a lot of us do naturally and that's something that's taught in music therapy school.

"So there were a lot of moments where I was realising that all of these skills that we get taught were things that actually are embedded in who we are so I think that's really special."

Solly has written a book, Tōku Pāpā, which will be released on 11 February. It's about Māori identity and things that are passed on as parents and centres on her relationship with her dad.

She has a concert planned also with the Auckland Philharmonia Orchestra and the wāhine pūoro quartet 'Maiangi-Nui' and will she will premier a song she has written, Ātahu. It will be held at the Auckland Town Hall on 8 March as part of the Auckland Arts Festival.