Please enjoy a special Christmas gift for you from the Whānau Voices of Aotearoa, far from home singers.

Overwhelmed with the response to their lockdown love letter to New Zealand in November, the London-based performers gather again for a Kiwi take on two classic Christmas songs at St George's Hanover Square, London W1.

'Silent Night' is a Christmas carol that originated in Austria in the early nineteenth century. It is likely that missionaries brought many popular European carols and hymns with them when they traveled to New Zealand; 'Silent Night' ('Stille Nacht') may well have been one such carol. 'Po Marie' is the Maori language translation to the first verse of ‘Silent Night’, and this arrangement is by Terrence Maskill, a conductor with whom a few of us had the pleasure of working with as high school students in choirs based in the Auckland region.

'Pukeko in a Ponga Tree' is the “Kiwi” version of that hallowed of all carols, 'The 12 Days of Christmas'. The words to this version were first penned by Archdeacon Sir Kingi Ihaka MBE for a children’s book printed in 1981. Sir Kingi contributed hugely to the cultural life of New Zealand and he was a passionate advocate for Te Reo Maori. His retelling of the Christmas carol is a cheerful and endearing way of remembering a few of those things which make our country’s cultural heritage unique and important.

Meri Kirihimete from us all! 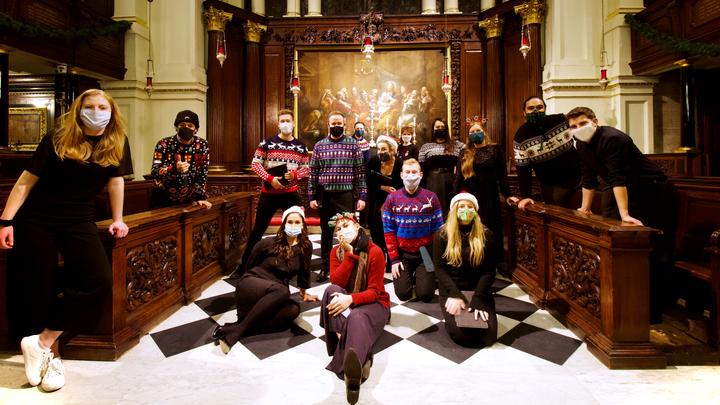 More about the venue:

St George’s Hanover Square is an old church, nestled in amongst the side streets in the upmarket Oxford Circus region of central London.

Nearly three hundred years ago, it was newly built and frequented by the German/British baroque composer George Frederick Handel, who lived nearby. The composer provided the would-be organist applicants to the church with the music they would need to sight-read and extemporise in their audition for the job. He would then, of course, be seated in his customary pew each week to listen; an intimidating audience if ever there were one! Handel also wrote The Messiah during this time (1742).

The church is still very proud of this association with one of the world’s finest classical musicians, and each year the London Handel Festival holds its Singing Competition here. We would like to thank the church for letting us sing in this special space to record our Christmas carols. 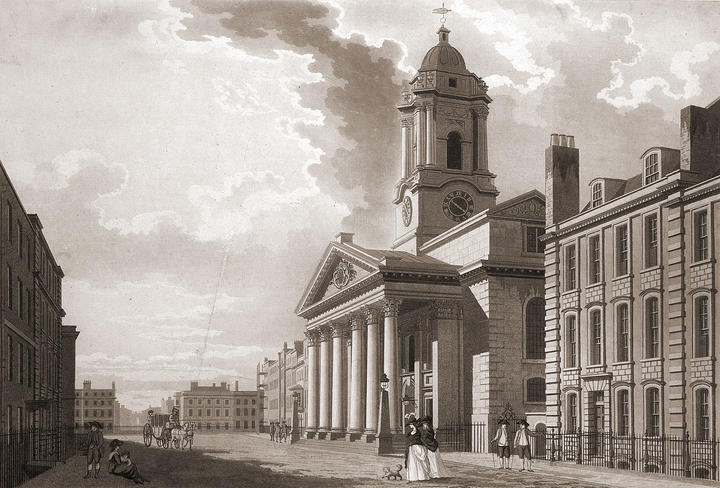 More about Whānau: Voices of Aotearoa:

The Whānau: voices of Aotearoa, far from home fundraising performance in support of top NZ singers who are under-employed in the UK due to Covid-19 is now available to stream on iTunes and Spotify (etc).

The album can also be purchased and downloaded directly from the website www.whanaulondonvoices.com with all proceeds go directly to the artists.