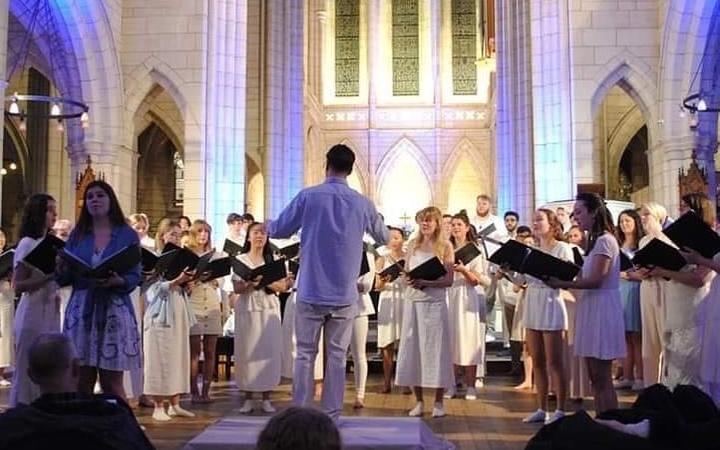 Rowan Johnston is very well-known in choral circles in New Zealand both as a choir member, and as one of our top choral conductors.

He’s sung in Voices NZ, he’s Director of Music at Auckland’s Holy Trinity Cathedral, he conducts Choralation (the combined choir of Westlake Boys and Westlake Girls High Schools), and is also in demand as a coach for choral conductors.

Rowan was appointed Musical Director of the Auckland Youth Choir earlier this year, and finally gets the chance to perform with them on Thursday 10 December.

Upbeat spoke with Rowan about the upcoming concert, life as a choral conductor in Covid times, and why he's passionate about choral singing.

He says, “For me there’s nothing more powerful than a group of people communicating a text with the same intent... and seeing a reaction from an audience to understand that you have thought about that text”.