Stephen De Pledge on Mozart and Music during Lockdown

The Auckland Philharmonia Orchestra returns to Auckland Town Hall for its first live performance since the recent Level 3 lockdown in the city. But because crowd sizes are still limited in Auckland, the concert will be to a largely empty hall … the performance is only for a live broadcast on RNZ Concert and live video stream.

The programme is called “Messages to Mozart”. Three of the works – by Ibert, Tchaikovsky, and Valentin Silvestrov – are tributes to or are influenced by Mozart. 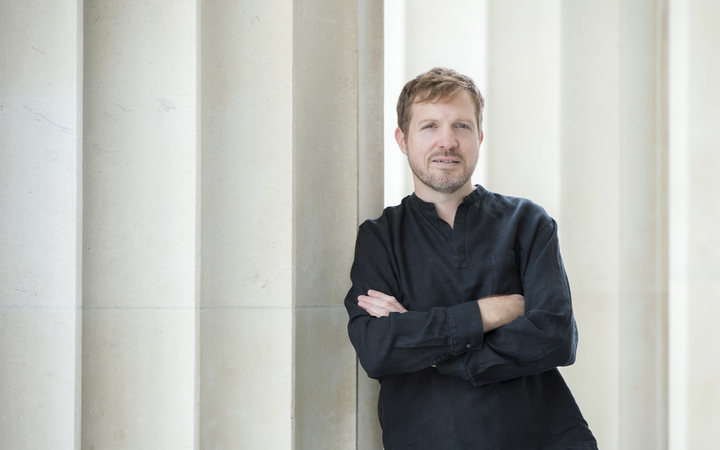 In the middle, Auckland pianist Stephen De Pledge joins the orchestra to perform Mozart’s Piano Concerto No 23 in A.

Stephen de Pledge tells Tim Dodd about the surprises of his 50th year.

Although he’ll miss a live audience of course, De Pledge is looking for positives. He feels that performing for a live video stream allows the audience, paradoxically perhaps, to experience the music-making in a more intimate way – they can see the performers as if they are standing right there next to the action through the close camera work, much like we’re able to watch a filmed opera or theatre performance.

Stephen has had a disrupted year like everybody. However, he’s found that the few performances he has been able to do have felt incredibly special.

He turns 50 this year and his plan was to celebrate with a toured programme, including favourite works by Schubert and Chopin and the complete New Zealand Partita, a work which includes the seven movements of Bach’s Keyboard Partita No 3 in A minor accompanied by seven pieces that he commissioned in 2018 from New Zealand composers to respond to the Bach. 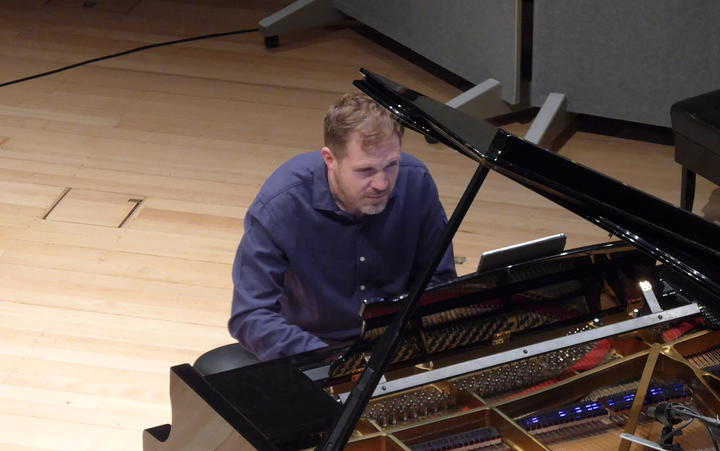 In the end, he has had only one chance to perform this birthday celebration concert so far – for Warkworth Music in June.

But to make that occasion even more special, earlier this year he received a surprise in his email inbox: the score of a new work by composer John Rimmer, written during and in response to the experience of lockdown. De Pledge was able to give the world premiere of Covid and Beyond, 19 Micropieces for Piano at the concert in Warkworth.