Playing the double bass made him a cool teenager, now it's given Malcolm Struthers a cool new hobby. 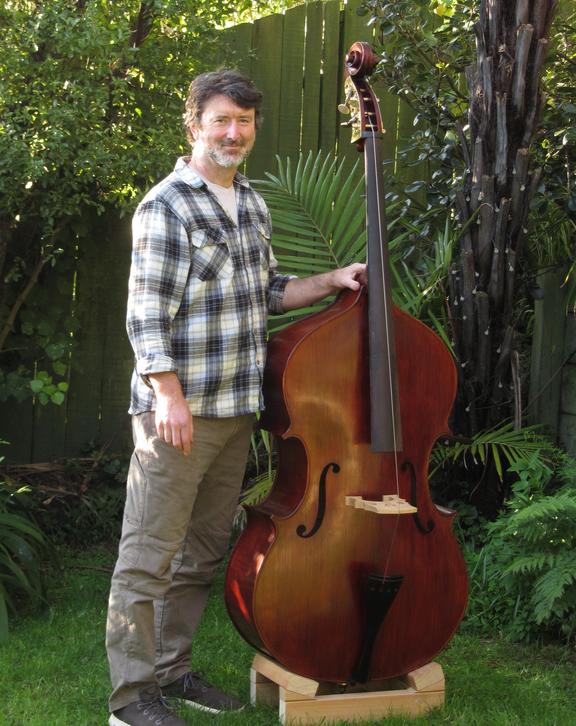 At school at Central Southland College he had to learn a musical instrument, and with only flute and double bass to choose from Malcolm knew he'd never live down the ribbing of carrying round a flute, but the bass had status. By the age of 21 he was playing bass professionally with the Auckland Philharmonia Orchestra and went on to land a bass position with the New Zealand Symphony Orchestra.

Malcolm tells Eva Radich the funny thing is he was always more interested in architecture as a career. But in a wonderful case of serendipity his love of form has led to a challenging and compulsive new hobby, making basses.

Malcolm says his interest in learning to make basses began when he took his own instrument to Perth for some much needed work by luthier Andrew Tait. There was no-one in this country that could do the required work. Assisting Andrew to fit a new neck to his valuable 1835 Thomas Kennedy bass gave him his first taste of the craft. 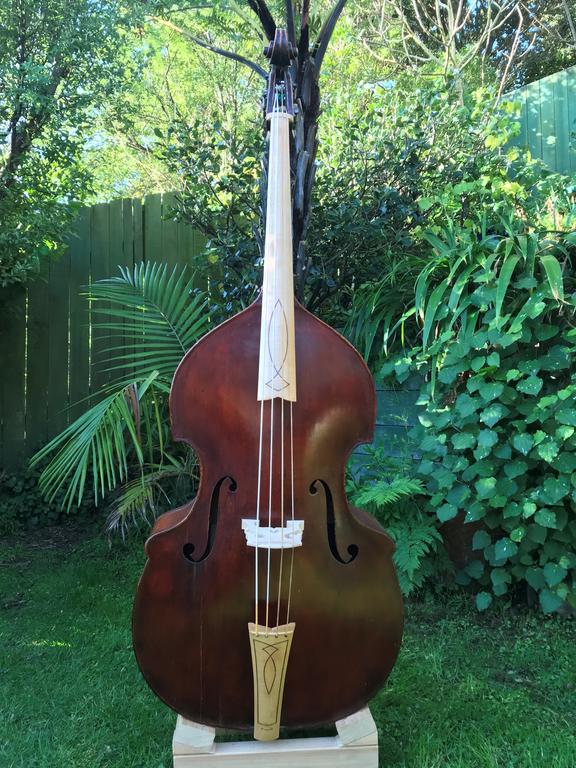 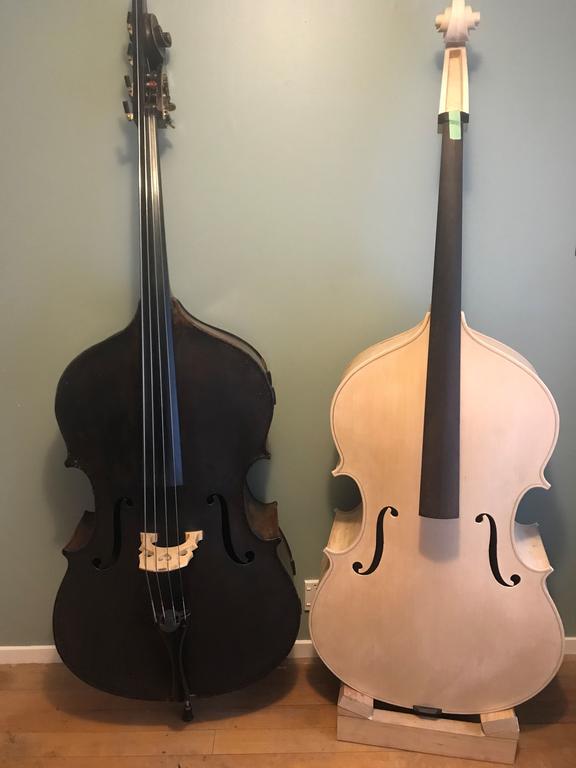 Six years down the track Malcolm is incredibly proud of his first two instruments and the complete rebuild of a damaged bass. He puts his success down to the invaluable guidance of Wellington luthier Alan Clayton who taught him everything from the correct way to hold a chisel to the finer points of string instrument construction. 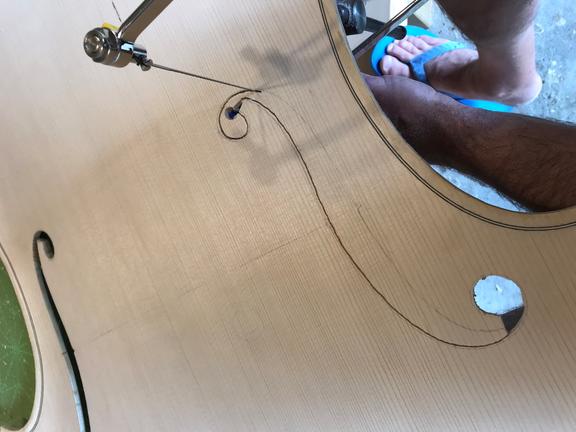 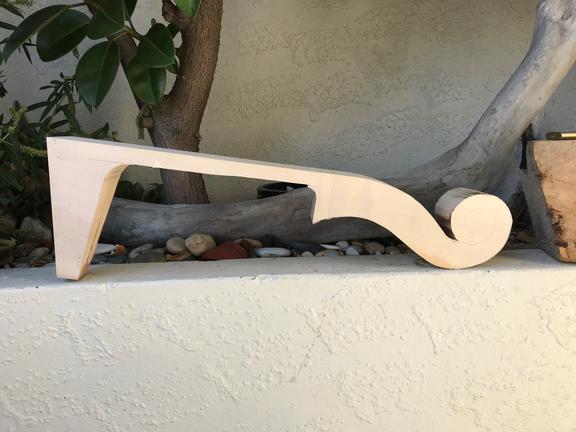 Malcolm says he put the COVID-19 lock down earlier this year to good use spending many hours in his home workshop restoring a baroque bass that had been crushed in the 2011 earthquake damage at the Christchurch School of Music. The once fine instrument was so badly damaged the only part he could save was the back. The rest had to be recreated from scratch. 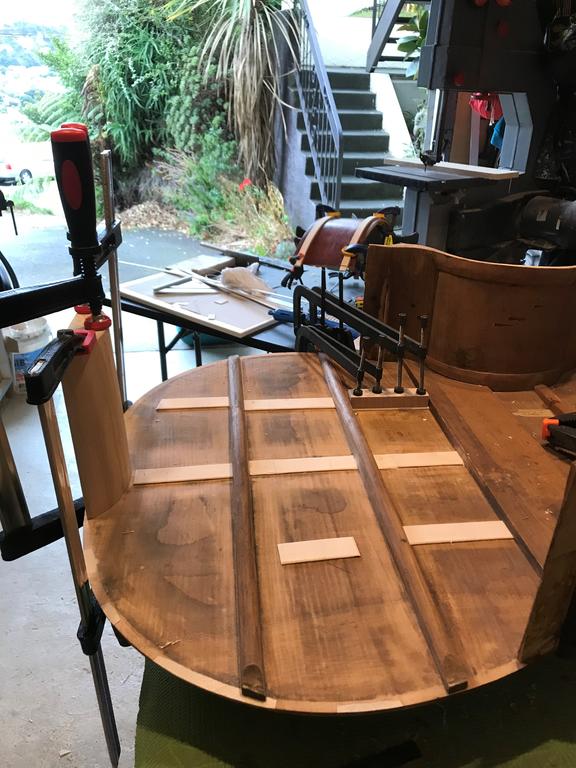 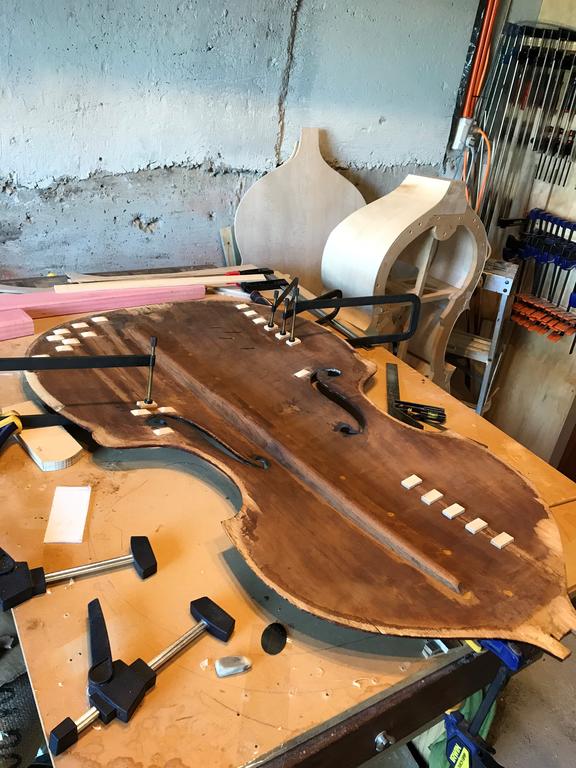 The next stage is to fit the 1874 German made bass with gut strings so he can use it when he plays in the NZ Opera performances of Handel's baroque opera Semele in September.

In the meantime Malcolm is putting the finishing touches to his second home-built bass, a labour of love for the last two years.

Here's how things look when you begin on this journey of construction: 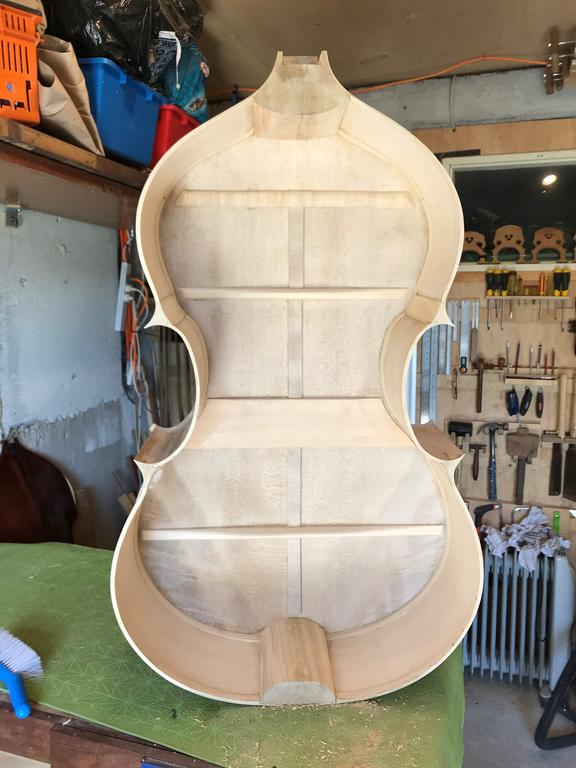 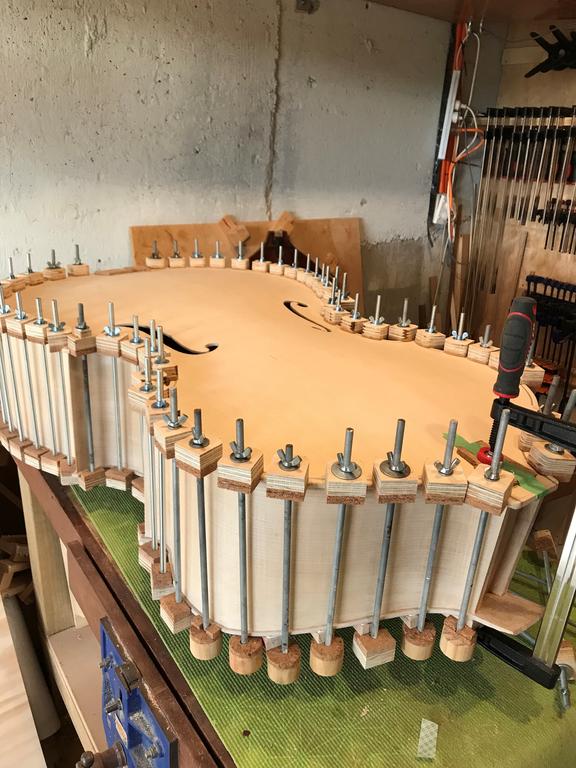