Vicki Jones and her Amazonian bass

Victoria Jones is the proud owner of a unique 5-string bass made for her by Brazilian luthier Alberto Viegas Mattos who she met at an International Bass Society convention where his bass won a silver medal for tone.

She tells Eva Radich about her unique instrument.

Getting the bass transported safely from the luthier's workshop in Brasília to New Zealand was a mission only achieved through the kindness of two unknown Argentinians who agreed to include it in their baggage on the flight from South America. 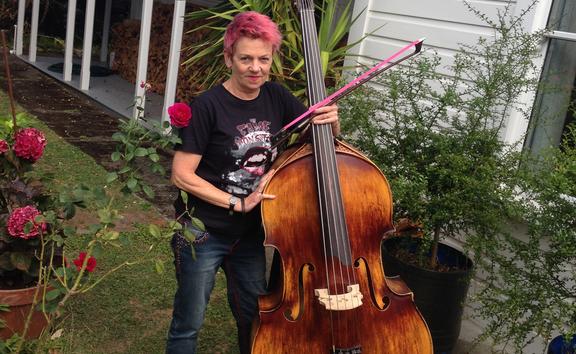 Vicki was easily recognizable within the bass section of the NZSO for many years with her brightly-coloured hair. She says she became a bass player partly because there were no women playing bass in the orchestra at the time.

“I was a feminist, it was the 70’s and I just thought 'Why aren’t there women playing the bass, driving trucks and flying planes as much as men?' So I just somehow thought, I’m going to be a bass player.”

Victoria joined the NZSO in 1979, taking on the sub principal bass role in 1993. She took early retirement a few years ago and is now Artistic Director of the Martinborough Music Festival.

For some years principal bass Hiroshi Ikematsu was her stand partner. Vicki says not only was he a terrific player, but he had a naughty sense of humour that they appreciated, sometimes involving practical jokes. 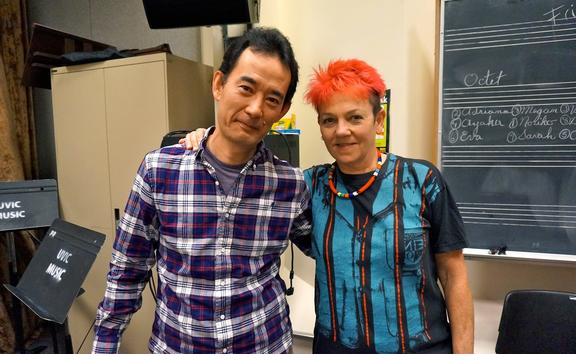 “My favourite was when he played the Mahler 1 solo in rehearsal in a major key instead of its traditional minor key... We were in paroxysms of laughter and he just played the whole thing like that and the conductor, I think it was Pietari Inkinen, didn’t know what to do.” She laughs and says Hiroshi loved being in New Zealand because in Japan you wouldn’t be able to do that.

Vicki isn’t playing the bass much at the moment after she fell and injured her finger. She is possibly looking to sell her Amazon bass, but only if the right  person comes along. “I would love it to go to somebody that loves it and would play it well and would look after it, but I can’t afford to give it away.”