Around the world with a double bass 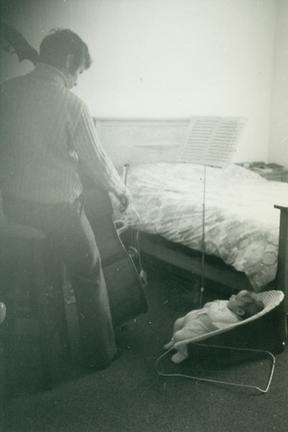 Nick Tipping has taken his bass from one side of the world to the other. After inheriting it from his dad, musician Simon Tipping, Nick has accompanied his bass on travels including across the Pacific by sea and air, and from one end of New Zealand to the other.

Nick's connection to his bass is both physical and emotional. Nick's dad played it at his own engagement party, and through concerts with the Christchurch Symphony Orchestra and NZSO. Starting in 1976, it lived in the corner of the living room in the Tipping family home for a couple of decades, but since picking it up Nick has played more than two thousand jazz gigs on it.

Nick tells David Morriss about the instrument, what it takes to play the bass, and some of the many experiences he's had while playing it.