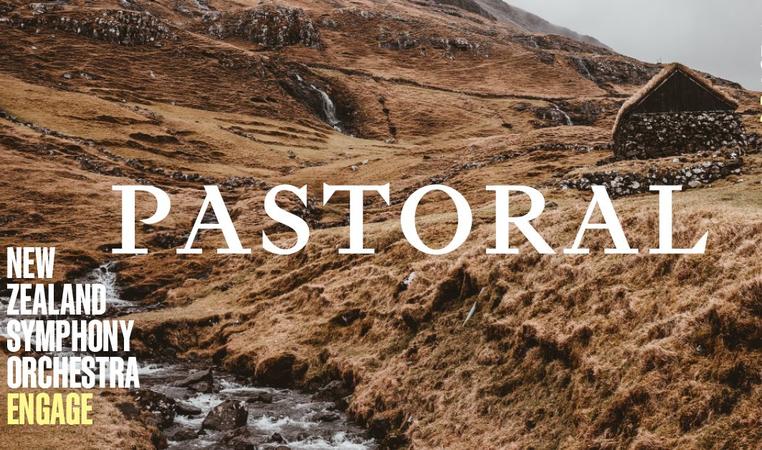 Reviewed for Upbeat by Elizabeth Kerr

It was a great pleasure to be part of a large, diverse and enthusiastic live audience in the Michael Fowler Centre for an all-Beethoven programme with the master’s 5th and last Piano Concerto, ‘Emperor’, and his lovely 6th Symphony, ‘Pastoral’.

Soloist for the concerto was Diedre Irons, one of this country’s most cherished and accomplished pianists. When NZSO originally announced its 2020 programme I was disappointed that Wellington was not scheduled for her performance of ‘Emperor’, so last night’s concert was a bonus. Irons is not a flashy pianist, but her piano sound is always glorious, glittering when needed and liquid in its beauty in the more lyrical and serene moments.

In the opening Beethoven invites the pianist straight on to the musical stage and Irons took hold of the work immediately with great musicality. She covered the emotional and technical scope of Beethoven’s big conception with ease - dramatic piano chords answered brass fanfares, rapid scalic or arpeggiated passages from the keyboard dissolved into limpid melodies. The audience held its breath at the beauty of her playing in the first movement’s short cadenza.

Throughout the performance tempi were measured, allowing subtle and intelligent shaping of not only single phrases but each movement and the work as a whole. A warm and prolonged ovation acknowledged both the pianist’s and the orchestra’s fine work under the NZSO’s Principal Conductor-in-Residence Hamish McKeich.

Beethoven’s ‘Pastoral’ Symphony completed the programme. This music, so familiar to players and many in the audience, was missing a little of the adrenalin of the Concerto. Tempi were relaxed and the string sections occasionally lacked energy, though there was lovely solo work from woodwinds and horns and a brilliant storm including thrilling thunder from timpanist Larry Reese. McKeich is a very musical and expressive conductor who uses both hands without a baton; he captured the gentle charm of the Symphony but sometimes we plodded a little over Beethoven’s hillsides.

The concert was in some ways a “no frills” affair, with no flowers for the concerto soloist to add to the sense of occasion and no printed programme. Few seemed to have taken advantage of the printable on-line programme so an opportunity to engage the live audience was missed. The five-movement ‘Pastoral’ has an “extra-musical” descriptive narrative about the countryside Beethoven loved, complete with shepherd’s pipe, birdsong, flowing water, rustic musicians and the famous storm. In the absence of programme notes an introduction from the podium would have helped; persistent clapping between movements demonstrated that the NZSO had successfully attracted new audience members and their enjoyment of the music would undoubtedly have been enhanced by more information.

The concert was also streamed live with audience comments on Facebook from countries as far apart as Poland, South Africa and Mexico. As it remains online, I have been able to enjoy both versions. High quality audio from RNZ Concert’s recording team and exceptional camera work focusing appropriately on pianist and orchestral soloists offer a splendid filmed experience. Informative broadcast commentary from RNZ Concert’s Clarissa Dunn provides the on-line audience with a better understanding of the music than that offered the audience in the hall. I hope the NZSO will continue to provide live and online concerts simultaneously – establishing this as regular practice would be a big positive from the lockdown experience. But perhaps some of the engaging on-air commentary could be extended to the live audience?

You can watch the video here: