Have you been noticing the artwork that’s been appearing on large digital billboards in our streets, malls, railway stations and bus-stop shelters over the past month in isolation? 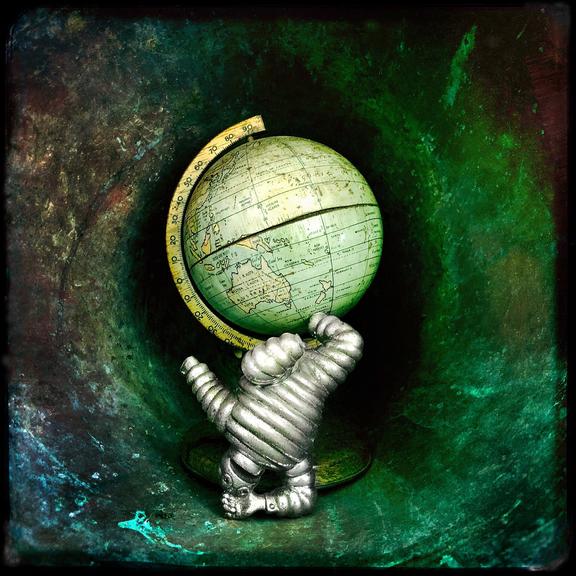 They’re part of an exhibition called In Isolation which focuses on artwork created by New Zealand artists reflecting their experiences during the Covid-19 lockdown period.

Covid-19 Alert level 4
State of Emergency declared (12.21 yesterday)
I will do as I am told
This is real
The word ‘denial’ no longer exists.

It’s the bright idea of Andrew Hagen from the Urban Art Foundation who wanted to find out how artists were doing. He put a call out to local artists via social media and major galleries asking for work. 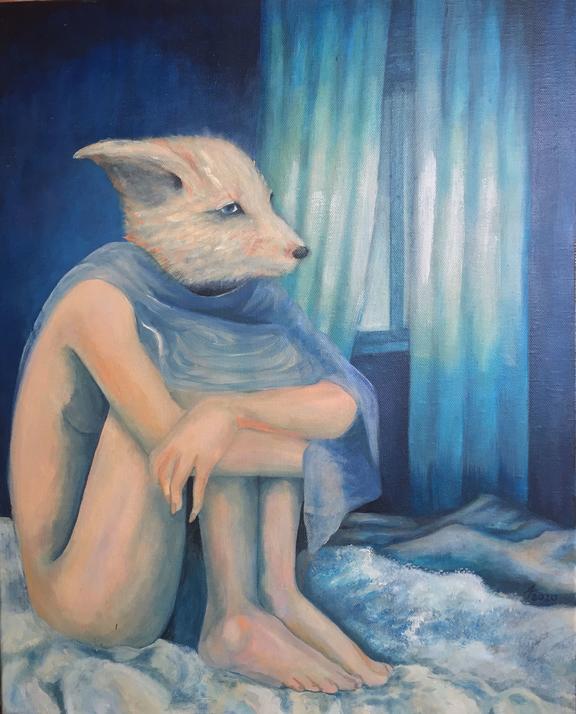 Their artwork is now displayed across digital billboards around Aotearoa thanks to oOh!media, the company that usually fills the billboards up with advertising.

“I asked each of the artist to write a few words, describing their emotions and reactions via their artwork during this extraordinary period" Andrew says. 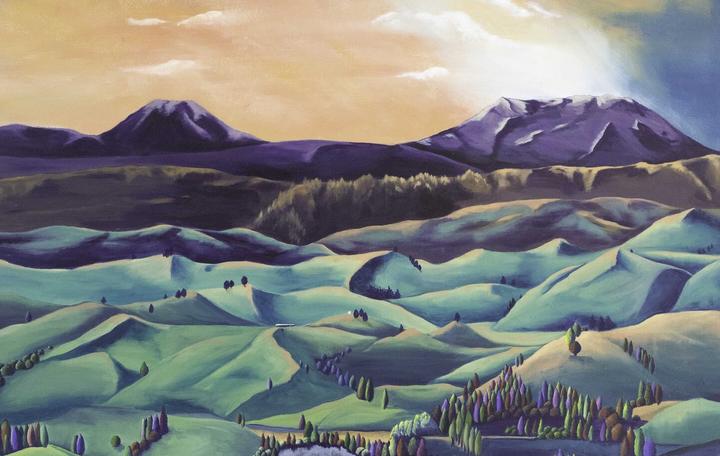 Even on our bleakest days, we are still presented with beauty.

“She told me ‘A friend of mine passed away and left me all her colours so I had to use them.’

I asked her if I could say the lockdown has influenced how you paint and will you be using that influence in the future and she said ‘Yes. Usually my work is very vibrant and powerful but I had run out of those colours.’ ” 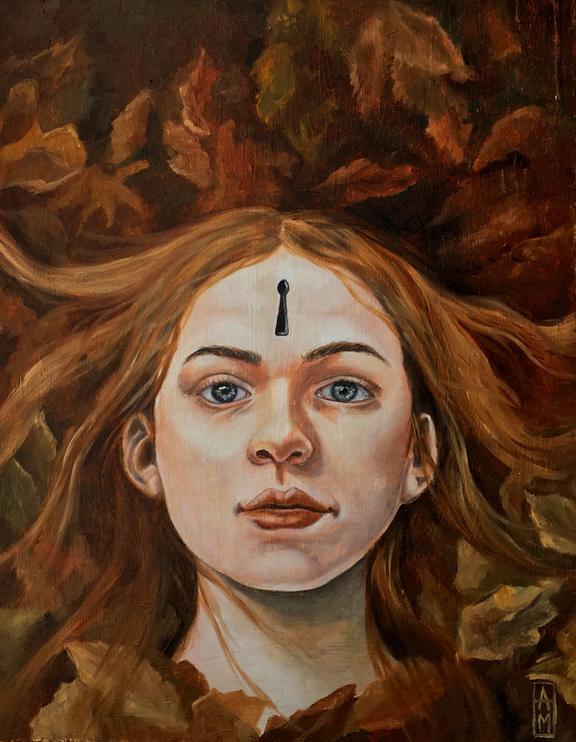 Angelique Monaghan writes of her work Autumn ‘the key to being in lockdown was my mind. It was either going to act as a jail or it was going to set me free.’

"I thought, my god that’s powerful."

Hagen says the response from the public and the artists has been incredible.

“It’s been a real roller coaster of emotions and a tremendous amount of work getting it out there. But oOh!media have been amazing, they put it on three hundred signs, so we’re talking Auckland, Tauranga, Hamilton, Christchurch and Wellington.”

The reactions from the artists and the emotions that come across are as varied as their work.

Some have see the funny side, like Suraya Townshend with her work And This Little Piggy Stayed Home 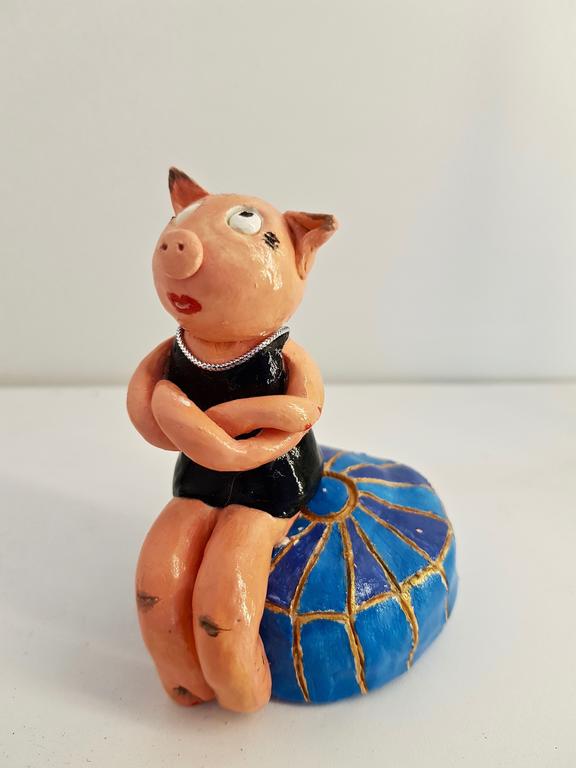 In my Pig Diva character I was going to show my feelings during the lockdown. Yes, it is a hard time  for everybody, but this little Piggy stayed home because she is a very good citizen. It does not mean that she can not wear a beautiful dress, listen to beautiful music and drink nice wine. It keeps her in a good mood and brings a smile to her face.

Then there’s the work that resembles a magnified image of the coronavirus. 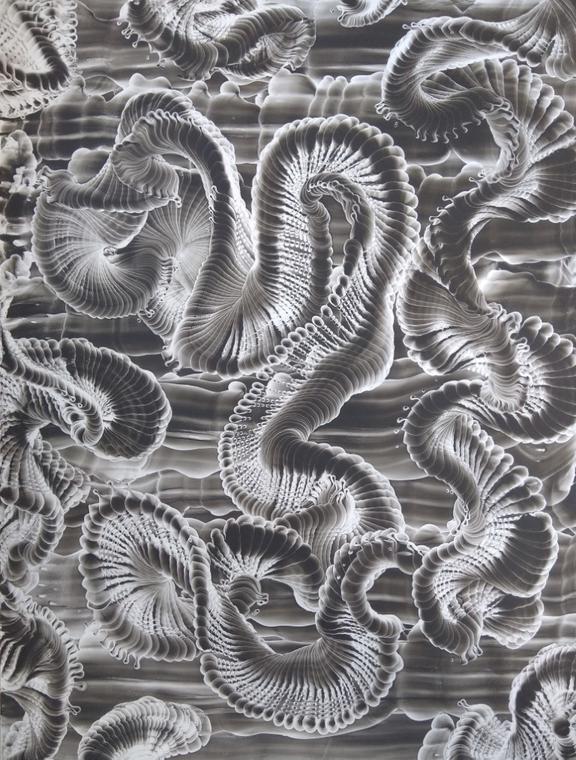 “That artist used to paint using balloons but they kept popping, so she ordered a whole lot of condoms from America and uses them to create her artwork. When I first saw it I thought it was something to do with the virus because that’s what it looks like to me. But it was her husband who said she should call it Just dickin’ around in lockdown.”

If you want to go looking for the artworks in your neighbourhood you will have to take your your chances because they get moved around.

“Some days it will turn up on one street corner and then move and then come back again. I’m not in charge of where the art is shown. That is a gift to the community from oOh!media.”

The idea for Urban Art came to Hagen while he was visiting an exhibition at Te Papa in 2017, and feeling regret that not everyone could see the artwork he’d just seen. 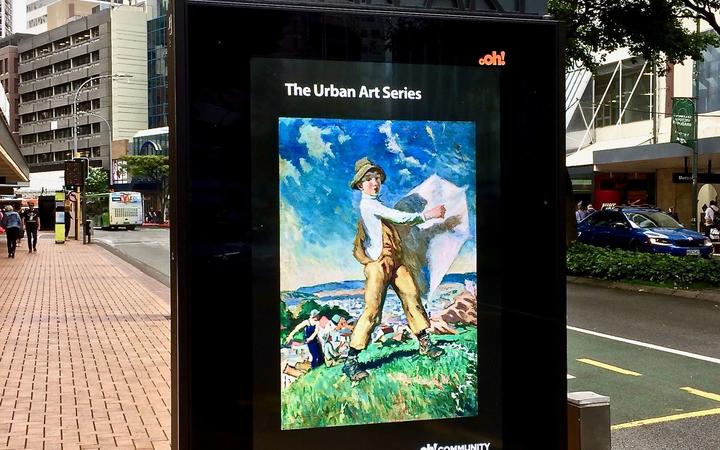 “I thought I wish there was a way we could distribute this throughout NZ. Paper is wasteful and doesn’t do the art justice. But with these very high-quality digital advertising screens - and bear in mind they are all over the country - the resolution is high.”

He approached oO!media to use their screens when they were not busy to show art. “I had no idea they were going to say yes, and not just Wellington, we’ll do the whole country.” 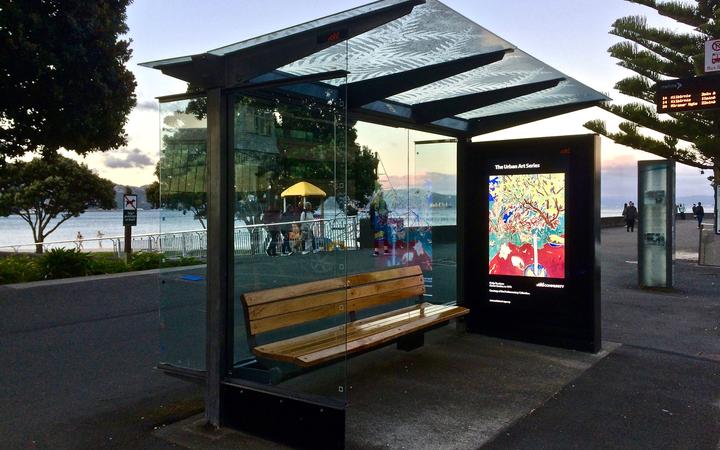 Hagen says they built three specially designed screens on Lambton Quay which is their main permanent gallery of urban art.

Then we started doing major exhibitions like Suffragettes, the anniversary of women’s suffrage; the government art exhibition where we pulled fifteen pieces from Parliament Buildings.  Recently we’ve done extinct birds of NZ with Paul Martinson which is unbelievable.”

In Isolation isn't their largest display; they had an even bigger exhibition on digital billboards in January at the Royal Academy, the International Urban Art Exchange which was created in collaboration with Finland. 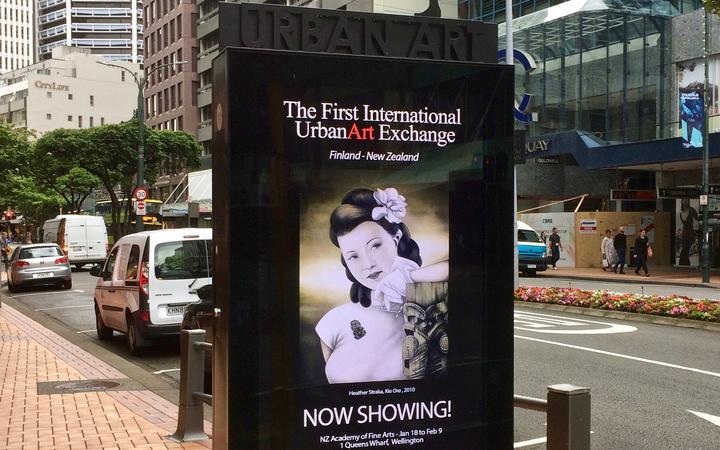 “What we’re doing now is our 23rd exhibition. Of course for me, and this is one of the most important things is, we’re getting the art out to the people to see. It’s my dream that children walking past will see it. It’s an important part of our education. “

All the artworks can also be viewed online at the www.urbanart.nz exhibition page where the artist’s comments can also be read.

Andrew Hagen is the Creative Director of the Urban Art Foundation