Quarantunes: Life 'comes up roses' for Fiona Pears under lockdown

The idea to approach her long time gypsy jazz violin hero came to Fiona late one night when she was on Facebook.

“I saw Roby’s video he’d posted under the hash tag #stayathome …he’d done a split screen with about nine musicians each performing in their own homes. I don’t know where it came from, but I suddenly thought, if he can do it like that... would it be possible (for me)?” 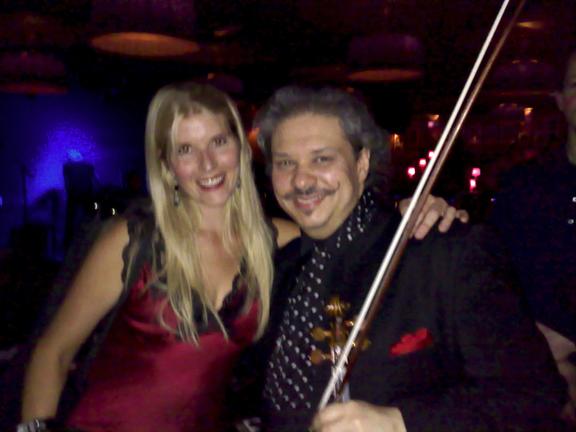 Fiona met Lakatos twelve years ago when she saw him play at Ronnie Scott’s in London.

Lakatos comes from a family of Hungarian Romani musicians, directly descended from János Bihari, a violinist Beethoven much admired.

Yehudi Menuhin was among his earliest supporters, saying his gift of expressiveness made him stand out. It was Stephane Grappelli who introduced him to the world of manouche jazz developed by Romani guitarist of Django Reinhardt.

Fiona Pears, who plays gypsy jazz herself, was hesitant about approaching the virtuoso thinking he would never say yes to her.

“Roby I’ve been listening to for something like 25 years and always dreamt of just being able to play a little bit like him.”

“I’d made a video of a piece I’d been practising and posted it to a U.K. gypsy jazz site where musicians were sharing things. It took me enough courage to do that, my hand was shaking when I posted that one.”

But she took a risk and sent Lakatos a message telling him she loved his #stayathome video and that she wanted to do something similar as ‘violinists unite twelve thousand miles away’.

She didn’t expect to hear back but woke the next day to his reply saying yes, it was a nice idea.

“I said to Ian this can’t be real, this has to be someone pretending to be Roby.” 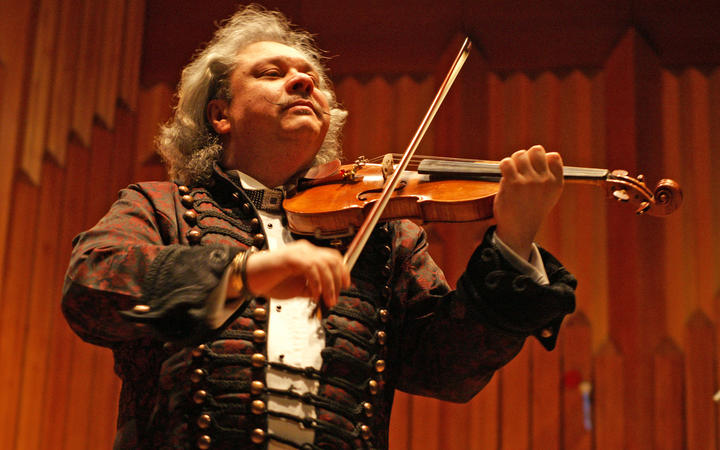 After a lot of messages back and forth discussing what tune they should play Fiona suggested the very familiar French tune “La Vie en Rose” because she felt it would have resonance for people.

Lakatos came back to her by overnight message saying “Yes, I do it as a samba!” sending Fiona into a spin worried she wouldn’t have time to learn the charts he sent her.

“My head was still going this isn’t real, it’s a cruel joke. Someone is playing a cruel joke on me. I actually didn’t believe it until I got the videos from his guitarist and bass player.”

The video was filmed and edited by Pear's husband and producer Ian Tilley. Lakatos had to add his recording to the video after Fiona had recorded her part, making her worry he might just delete her recording if he didn’t think it was good enough.

“He recorded to me which was terrifying. I had the guitar and bass on my laptop and played along to that and Ian started filming on his I-phone and off we went. It was as simple as that.” 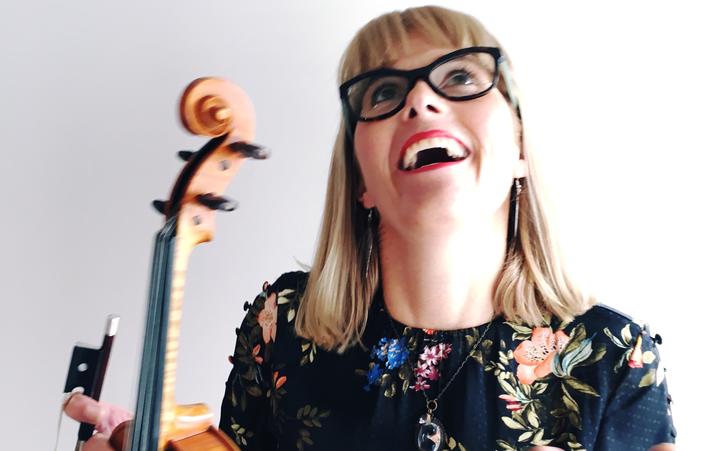 “The morning we recorded it my knees were shaking! I couldn’t have stood up I was that nervous. You’d think you’ve just got your husband in the room and you’re playing to a computer screen, what’s to be nervous about? But I just wanted to do a good job for myself, and for this opportunity - because it was like a dream come true.”

He told her things are very tough for musicians in Europe. He’s been under lockdown in Budapest and can’t even go outside.

Lakatos says his contract with his record label is finished but that when he gets a new label he’d like to record with Fiona. In the mean time they may do another video and Roby is looking ahead to what other pieces they might record together.

“At the end of the day I don’t care if nothing happens again; I’ve done more than I could ever imagine in my wildest dreams.” 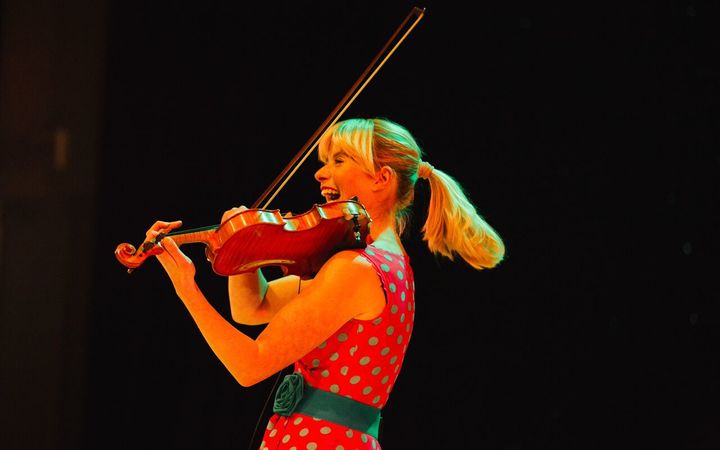 Fiona and guitarist Connor Hartley-Hall recently released their gypsy jazz album South of France and would have been touring to support it, if it wasn’t for the COVID-19 crisis.