Montreal-based flute player Hannah Darroch was set to return to New Zealand for three months of work when her world was turned upside down by the Covid-19 pandemic. 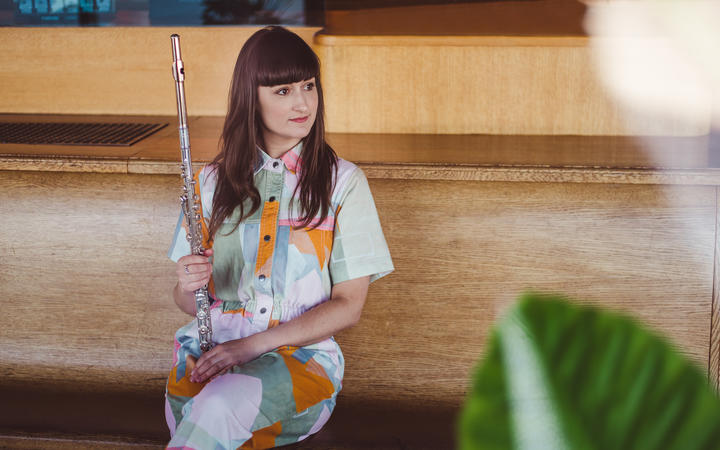 “I had some exciting projects lined up for April - a concerto at the IRCAM Forum that would have been in Montreal this weekend, a masterclass at UNC Charlotte in the US, and a lecture-recital of NZ music, but when it was all cancelled and my university teaching went online I decided to change my flight and skip the country earlier than planned.”

The most challenging part about getting home was the ever-changing situation.

"I’d often wake up in Montreal to a new set of rules in New Zealand that affected my travel plan in a new way, and things moved too quickly to get much clarity.”

Hannah had one cancelled flight. Re-routing it took some convincing in ‘franglais’ to Air Canada staff at a Montreal airport while putting an Air New Zealand representative on speakerphone over the counter.

Just before boarding her final flight to New Zealand, Hannah had an email saying that the accommodation the government department had booked for her had been cancelled, as a new department had been set up. This was all in the time that it had taken her to get from one side of Canada to the other.

Originally, Hannah was looking forward to a Chamber Music NZ tour in May with Steve Cowan, a guitarist from Montreal and two months of work with the Christchurch Symphony Orchestra.

“All that work is either cancelled, postponed, or has a question mark looming over it, so it’s quite likely that the trip will consist of more time with my family, once I’m able to get to them.”

Hannah had an isolation plan laid out in Wellington, which had to be cancelled a few days before she left Montreal. Now she is holed up in an Auckland hotel and is part way through a 14-day isolation period.

“It was all very organised on arrival into Auckland - we were taken off the plane ten at a time, and given health checks before we entered the customs area. I was put on a bus with police escorts, and we were let off the bus one at a time to enter the hotel. Everyone had to go through another health check with a nurse before proceeding to check-in, and the nurses visit every day to take vitals.” 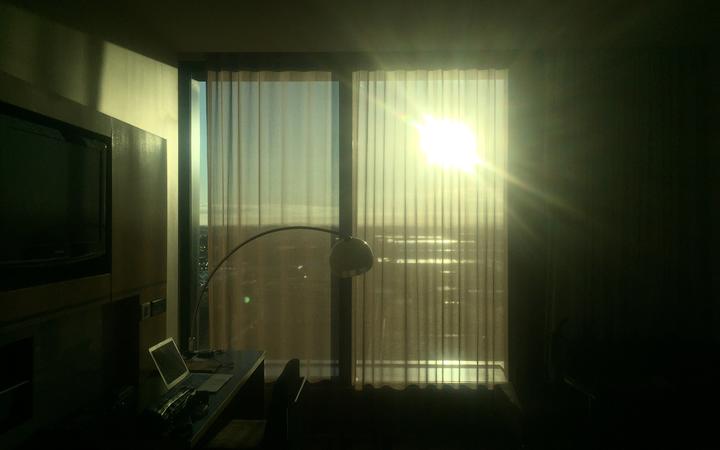 The Auckland hotel room where Hannah is self-isolating. Photo: supplied

Hannah enjoys three room service meals a day delivered outside the door, and can venture outside into the fresh air, with police and security around the hotel.

“I’ve been taking my laptop outside to some secluded seats by some trees to get work done, and have been gradually setting a personal best running time between the domestic and international terminals. Watch this space...”

Hannah will graduate with her doctorate this month, so she is using her time in quarantine to complete her dissertation.

“I wasn’t quite anticipating this challenging world situation on top of the challenge I already had in front of me, but here we are!”

As a teacher at McGill University’s Schulich School of Music in Montreal, Hannah is also responsible for a class of 17 undergraduate woodwind students. Their lessons have gone online for the remainder of the semester, and this week they have to sit their final exam. There’re also flute and chamber music students to grade.

Hannah was on the sixteenth day of self-isolation when she flew out from Montreal, so she already had a pretty solid routine in place. She’s been keeping mind and body active with with exercise, yoga, flute practice, and keeping socially connected with friends in different time zones all across the world.

She’s also enjoying a bit of Bach – sight reading a few movements of the treble clef version of the ‘Cello Suites’ each day. “I’d been mostly playing contemporary music for the past few years, so Bach has been very medicinal”.

The productive musician is planning to release some videos with her guitar duo partner Steve Cowan. She's also been spending time improvising over cello drones to free up her creativity, which is something she usually does when she’s lacking in practice room inspiration. She jokes that so far there’ve been no noise complaints.

Hannah is philosophical about the time spent alone.

“It’s actually been an opportunity to re-assess what’s important, and just hit the pause button for a moment, which I haven’t done in far too long. Nothing like a pandemic to test resiliency, but to also put everything into perspective.”