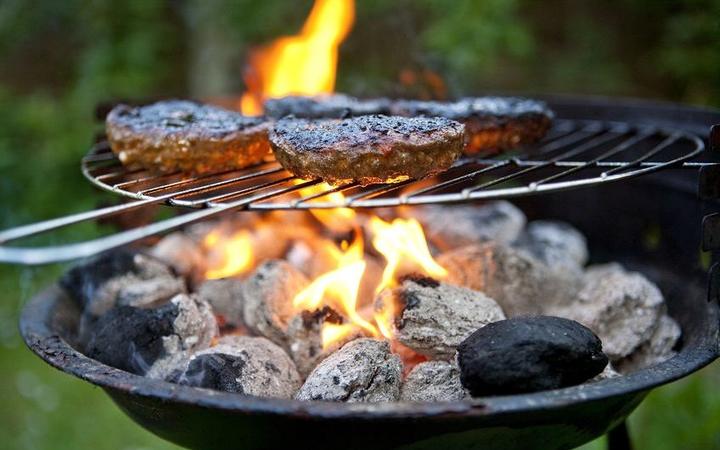 An irreverent take on "Good King Wenceslas" by listener Graeme Cairns, who entered it in the 2019 Kiwi Christmas Carol competition, and sung by the RNZ Concert choir.

Good King Wences launched his yacht
Upon the Feast of Yule.
Though the sun was blazing hot
Humidity was cruel.
Loaded up with ham and beer
He sailed around the isthmus.
To see his mates and bring some cheer
To folks alone at Xmas.

Good King Wences called his friend
To say he'd got the ham.
"Sorry mate" came the reply, "I've
joined the House of Islam."
"Pig's a thing I just can't eat
Most other foods are fine."
- "That's O.K." the King replied
And chucked it in the brine.

Wences then tacked back and bought
Beef snarlers by the dozen.
But half way round the bay he thought
He felt his cell-phone buzzing.
"Yo G.K., it's Paige here bro.
Just bumped into Terry, and
Wond'ring if you already know
We're both now Piscaterian."

By then the King was short on time
So just kept sailing onward.
With snags for bait, he dropped a line
And soon he caught a Gurnard.
While planning how he'd cook the fish
He got a txt from Megan.
Requesting this year's Xmas dish
Was gluten-free and vegan.

Wences then threw back his catch
And pressed on, empty-handed.
The gurnard winked, then in a flash
Upon the beach Wens. landed
All his friends, with food, were there
Together they did sing:
"You've been so kind to us, this year
We're banquetting the King!"