It's 200 years since the birth of Clara Schumann, pianist, composer and 19th century working mum.

"A woman must not desire to compose — there has never yet been one able to do it. Should I expect to be the one?" 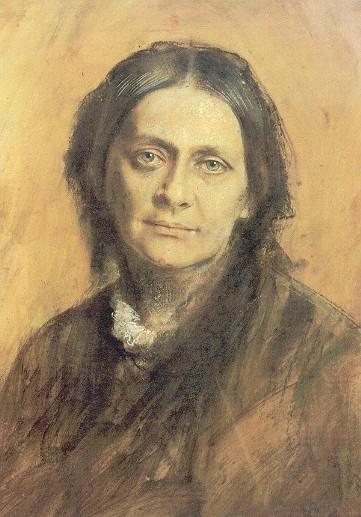 Clara Wieck  (1819 – 1896) was known as 'Queen of the Piano'. A child prodigy who had given her first solo debut in the Leipzig Gewandhaus at the age of 11, she went on to become one of Europe's leading piano virtuosi.

While still a teenager, her career as a composer had begun to blossom too, with Clara frequently performing her own compositions to positive reviews.

Then Clara fell in love and married the far-less famous composer Robert Schumann, in a 'Romeo and Juliet-style scenario' that defied the wishes of Clara’s overbearing father Frederick Wieck.

Robert and Clara went on to collaborate musically and had eight children together. But Clara's composing career took second place to her husband's - despite his encouragement:

“…To have children, and a husband who is always living in the realm of imagination, does not go together with composing. She cannot work at it regularly, and I am often disturbed to think how many profound ideas are lost because she cannot work them out." ~ Robert Schumann

Robert Schumann's mental health began to deteriorate and after a suicide attempt in 1854, he was voluntarily institutionalised (to protect Clara). He remained hospitalised for the rest of his life, dying in 1856. Clara took to the concert stage again to support her family.

"...no longer a glamorous young woman, but a solemn 'priestess' of the art. Dressed in black, unsmiling and performing 'serious' music." ~ The New Grove Dictionary of Music and Musicians

Despite Clara Schumann's gifts for composition, she all but ceased composing after her husband's death. Lately there is renewed interest in her compositions and she is viewed alongside the distinguished composer-pianists of the Romantic era.