‘Rigoletto’ tells the story of a disfigured court jester who seeks vengeance for his own humiliation. 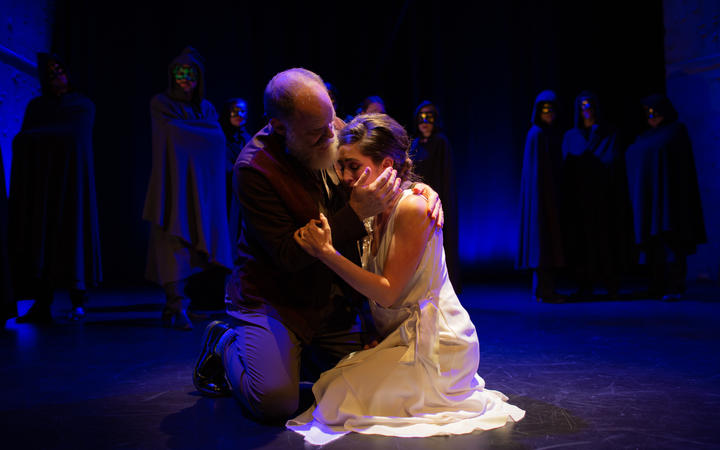 The traditional Verdi opera features violence against women – not the only opera to do so.

Recently in Australia a call to action occurred asking performers, directors and those involved with opera to question the acceptance of gender-based violence in the art form

In Wellington, women are included in the usually all-male chorus; they either participate in the violence or stand by not stopping the violence against their own.

Eternity Opera director Alex Galvin say there is a lot of violence towards women in opera but it’s more cautionary rather than glorifying and having women in the chorus is quite disturbing.

“We know there are many films about domestic violence and they are not glamorising it; you're actually drawing attention to it, and say ‘No, this is a very bad thing’,” Alex says. “And so I think it's about with one glamorises or whether one actually treats it in a realistic version. In many operas, there is a lot of violence.

“And I think it about treating everyone with respect… so hopefully people can go away and actually think about things in a composed and rational manner.” 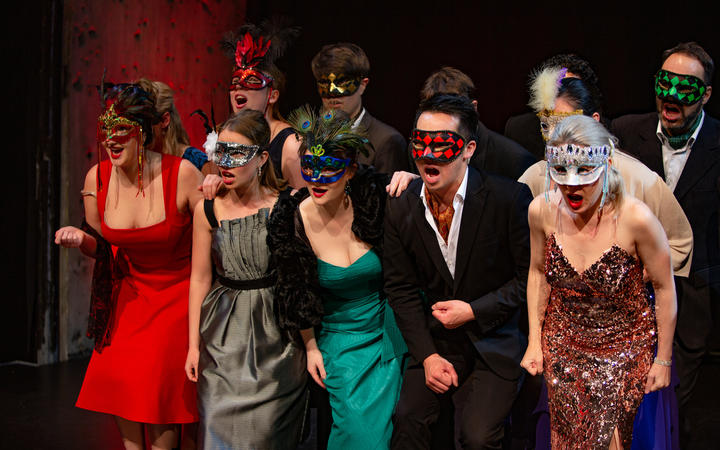 He says having women in traditional male roles heightens the violence, partially in one scene where the lead actress is kidnapped. “It actually is far scarier, I think now, because we have Gilda, our lead, putting a hand out to the women for help, and they don't help her,” he says. “I think that’s actually far more powerful.”

“I like to think it takes away some of the sexism; that women can also do bad things and actually adds to the depth of that as a society, we see things that are bad and sometimes we don't step up and step in where we should do,” Karyn says. “So there's a little bit of a different perspective that comes through with having women there. All the women that Alex has selected for the opera were no shrinking violets.”

The opera will also be in English, and is performed at the Hannah Playhouse in Wellington, getting up-close and personal with the audience.  Eternity’s aim is to make the art accessible to those who may not have experienced it previously.

Rigoletto is on at Wellington’s Hannah Playhouse Between August 23 and 31.