Beethoven's symphonies: why you need to hear them 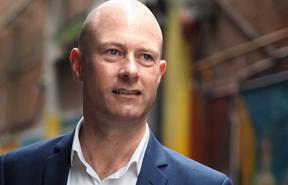 Da-da-da DAAA!  The opening notes of Beethoven's Fifth Symphony are among the most recognisable in classical music.

The NZSO is performing all nine symphonies across four concerts in their Beethoven Festival, starting in Auckland on 16 August.

He shares his personal favourites (which include Symphony No 5) and talks with David Morriss about why Beethoven is considered so revolutionary.

Capturing the heroic struggles of humanity

Beethoven composed probably the best know four notes in Western music as the opening of his Fifth symphony. Beethoven scholar Scott Burnham calls this “The rhythm of human struggle”. The heroic style of music is all about being in the moment, and always moving forward.

Beethoven lived in challenging times, both politically and personally. There was the French revolution for democracy, he went deaf – surely the cruellest fate for a musician, he was unlucky in love, he had an alcoholic father and a miserable childhood.

Beethoven’s music often displays a stoic attitude to work though struggles and overcome them. The 3rd and 5th symphonies especially display the idea of working hard but not getting far.

Beethoven’s early symphonies paid respect to his forerunners Mozart and especially Haydn, who had established the symphony as the most prestigious large-scale dramatic work.

But by the time Beethoven had finished with his ninth, he’d changed the symphony forever.

He introduced the human voice into his 9th symphony, which was an outrageous thing to do at the time. It was the first time it had ever been done because the symphony was seen as a way to articulate nature better than words could. In time, people would see the 9th as a unification of man and nature.

Those who came after were at a loss to know what was next. Schumann said in 1835 that the genre was essentially finished. Wagner asked "what is the future after Beethoven’s 9th?" Brahms took twenty years to complete his first symphony probably due to the expectations placed on him to follow up on Beethoven’s 9th.