In one week, the Scottish accordionist performed Dvorak's Bagatelles, an intoxicating mix of tangos, a Bach sonata, Lament by Sally Beamish and a smattering of Scottish folk music as well as a quintet for accordion and string quartet by Torbjörn Lundquist.

Clarissa Dunn caught up with James during the Festival in Nelson to find out how a Scotsman became a world authority on Piazzolla’s tango music... and if he can dance it. 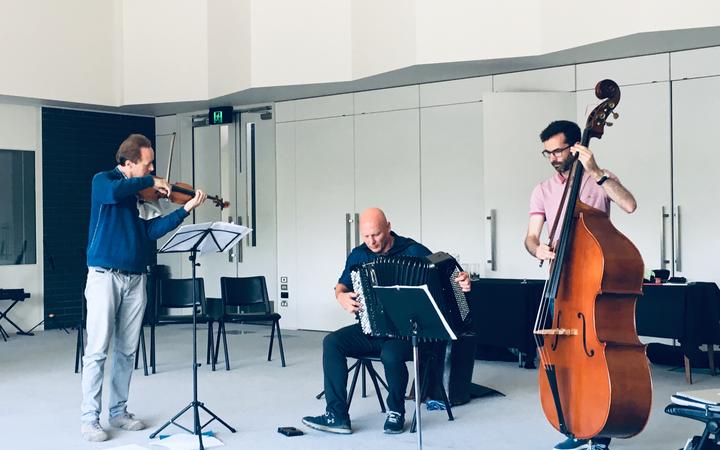 “I have tried to dance it, but have I learned it? No!... it’s so incredibly difficult and athletic and you just feel like the elephant in the room really.” 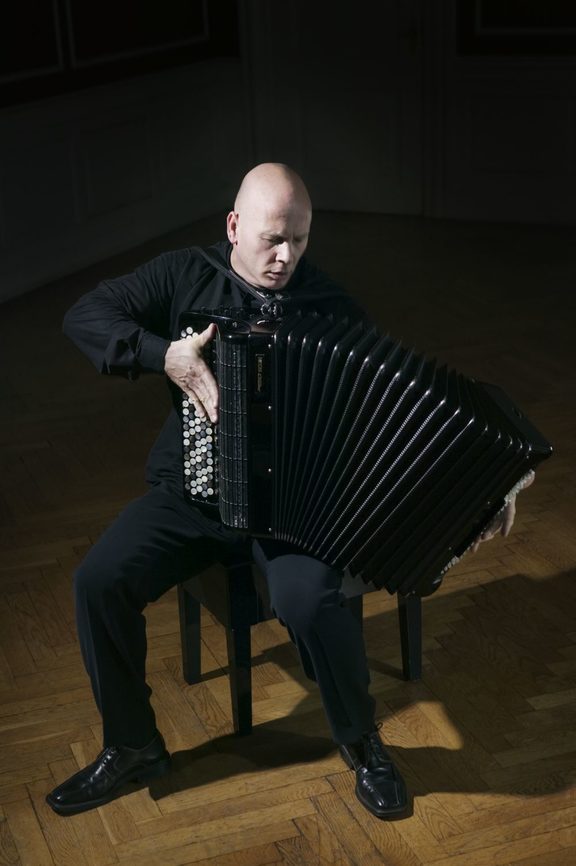 James Crabb admits that he's much happier providing the music than dancing to it. He discovered Astor Piazzolla's tango music as a student at the Royal Danish Academy of Music. Tangos are part of traditional accordion repertoire but Pizzolla's music is different - it "smells of tango".

“Piazzolla’s music is amazing because it’s this hybrid of jazz and classical compositional techniques and also his own traditional experiences with tango.”

James has been to Buenos Aires several times and he's seen first-hand some of the dangers that make tango such an evocative musical form. Down by the harbour at La Boca James admitted to feeling frightened despite being a solid guy who can look after himself.

La Boca is where historians say the Spanish first landed as early as 1536.  The stories of tango come from these immigrants who arrived with hope, became despondent and longed to return home. It's something James can relate to having lived away from his family in Scotland since he was 18 years old.

“Originally tango was men dancing with men cause there were no women around – early down in the harbour area. I guess back then it wasn’t anything sexual. It was a way of sharing melancholy and being close to people who were feeling the same way.”

Now James lives in Australia he's felt the pull to reconnect with his Scottish musical roots. Speaking to his mum on the phone brings out his Scottishness and he'll admit that there’s nothing better than just being able to put the instrument on and play a Scottish reel or something he played as a kid.