From composing to computers with Barry Vercoe

Barry Vercoe is a New-Zealand-born composer you may not have heard of – at least as far as composing goes.

But in the field of computer audio, he’s something of a legendary figure; he created Csound, a music computing system. 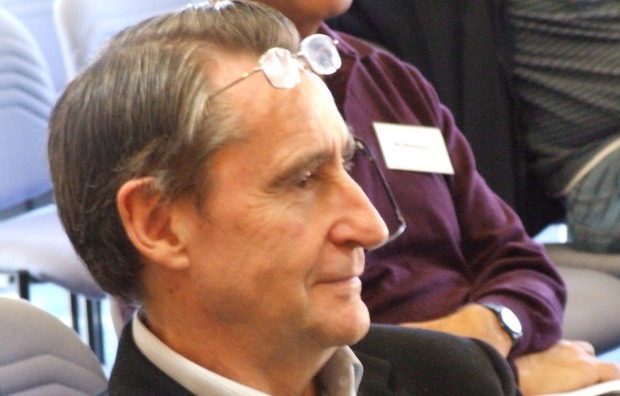 His work Metamorphoses has been part of the SOUNZ Composer readings. It’s the first time it’s been recorded in New Zealand.

The world explores pitch relations and although it was never programmed in a concert series it was given a reading by the Cincinnati Symphony, and taken on tour in 1973 by the MIT Symphony Orchestra.

Vercoe had a long-standing relationship with MIT. He’s a co-founder of MIT Media Lab in 1984 and is professor of Music and Media Arts.

He’s best known as the inventor of Csound, a music synthesis language with wide usage among computer music composers. Csound became the basis for the Mpeg-4 audio layer that underpins much of the way audio is delivered over the internet.

In 2004 he became the recipient of the Society for Electro-Acoustic Music lifetime achievement award; other recipients have included Robert Moog, Milton Babbett, Pauline Olivieros, Wendy Carlos and Alvin Lucier.

Vercoe has also had a strong involvement in the One Laptop Per Child programme, making computer technology accessible to underprivileged young people.

He talks to David Morriss about his life’s work, Csound and his piece Metamorphoses.