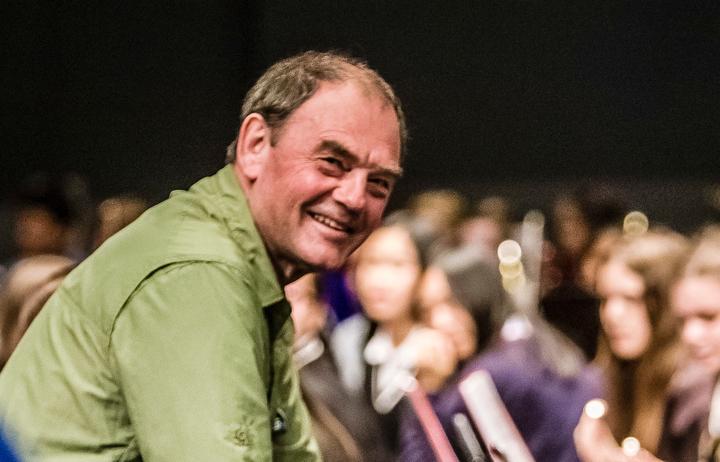 His life (and legacy) in his own words

In 1980 John and 18 other musicians formed a society which became the basis of the APO and the trust that governs the orchestra.

He told Eva Radich in 2016 that at first the group had a lot of opposition because they were all players and “we shouldn't be able to own an orchestra, but we did. And we just went from there”.

“To be honest, we didn't know much about other orchestras. We just took it on ourselves,” he said. “It was five or six years later, we realized that the Berlin Philharmonic started the same way. Vienna was player run [too].” 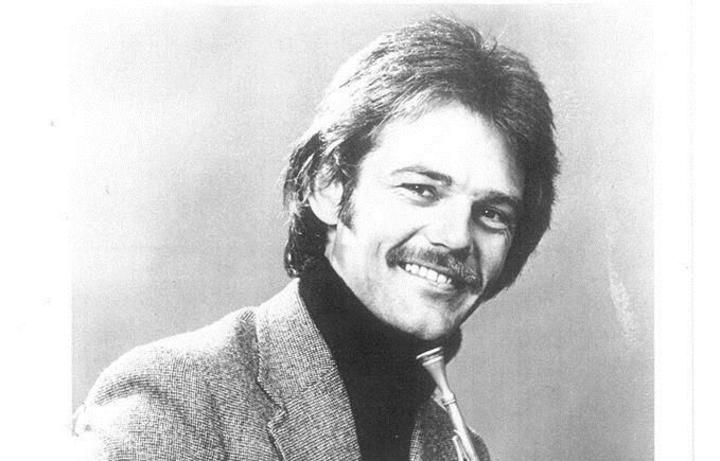 In the early days it was hard to attract players but what helped was an introduction of a supplementary income system for players. That bolstered the numbers from 19 to 53. At the time of his interview in 2016 there were 72 full time players.

“One of the big things that set us on a trail to where we are today was the supplementary income system where we were able to pay a weekly amount to all the players and that came on board in 1985, thanks to Creative New Zealand,” he said.

John was the principal horn and went on to be the orchestra manager and artistic manager for almost 20 years. He retired from his role as Director of Operations for the APO in 2016.

He said the role was “putting everything in place so the orchestra can actually perform”, from sorting contracts, booking halls, and supporting the orchestra to “actually put on a concert”. That went right down to ensuring chairs were put in the right place.

During his career as a horn player, John Ure also performed with the APO’s predecessor Auckland Symphonia, Opus Orchestra, Bach Musica, St Matthew’s Orchestra, the National Youth Orchestra and the Auckland Chamber Orchestra, among other groups.

He also met his wife violinist Jocelyn Healey through the APO. She first auditioned in 1982 for both the violin and viola roles. She was offered both.

“Jocelyn was there in the early days. We invited her to come and play in the first concert and in my mind, she's still one of the most famous players in the orchestra,” he said. “She’s the only person who’s actually auditioned for two positions… and got both jobs. That was 1982.”

When he wasn’t dedicating his life to music, he loved classic car racing. He was active as a volunteer organiser, helped organise race meetings and was a chief scrutineer. He told Eva Radich in 2016 he had about 11 cars, and at the time he was working on a 1963 Mini Cooper.

“I do love racing around the track because it's so similar to playing a big orchestral work and I have the same sort of feelings of intense emotion,” he said.

John was awarded a MNZM for services to music in 2016. “That was a great surprise,” he said. 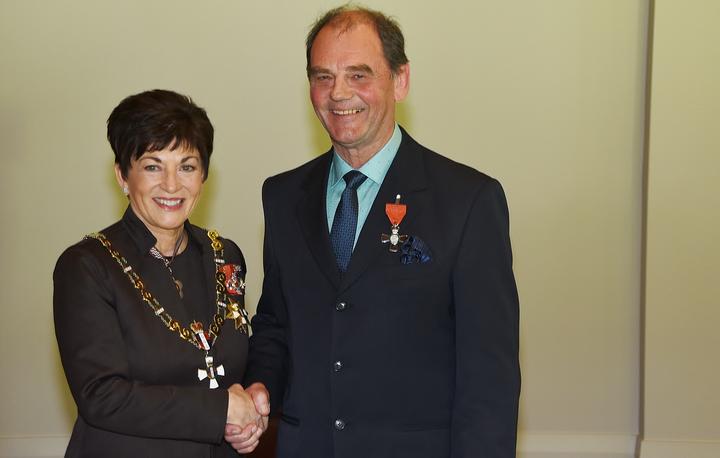 John Ure receiving his MNZM for services to music from Dame Patsy Reddy in 2016 Photo: Supplied

APO Chief Executive Barbara Glaser says John embodied the spirit and ethos of the APO: love of music, love of his colleagues and always willing to go the extra mile. She says he was a font of knowledge and wisdom, and so often peppered its delivery with a glint in the eye and a knowing smile.

“His nickname was “Mr Orchestra” for very good reason. There was nothing he didn’t know about the history of the APO, and he was instrumental in creating much of it,” she said. “As late as last week I was on the phone to him asking him about a snippet of APO history that I knew he would know (and he did of course).

“We will all miss an irreplaceable human being.”

On social media, The APO also described John as the “do-er-of-everything”.

“Nothing was ever too much trouble for him,” the statement on Facebook said. “His deep belief in the musicians and the organisation has carried us to where we are today.

“The Orchestra simply wouldn’t be what it is today without the building blocks and dedication he provided.”

Composer Eve de Castro-Robinson posted on social media her memories of John Ure. “When I was Composer in Residence with the APO in 1991 he was unfailingly warm, friendly and twinkly, quick with a joke, and highly supportive of NZ music,” she said.

More than 60 tributes have been posted to the APO’s facebook page so far, including from award winning pianist Henry Wong Doe.

“So sad to hear this, what a lovely guy, so generous with his time when I was a student. He will be sorely missed,” he said in a post.

Brass player and teacher Adrian Raven said John was the APO. “He was much more than that. His generosity was endless; whenever a new overseas player joined the orchestra he always made a point of learning a few words of their language to make them feel welcome.

“He was a great teller of stories both fact and fiction and with his deadpan delivery you couldn't always tell which was which, until that trademark grin appeared! I'll miss that most of all.”

His funeral will be held on Monday 22 July at Holy Trinity Cathedral in Parnell, starting at 11am.