When's a tuba not a tuba?

The Wagner Tuba – no, it’s not a variety of potato – but equally, we’re told, it’s not really a tuba either.

The odd shaped instrument is a cross between a French horn and trombone, and in fact, it doesn’t have anything to do with a traditional tuba. 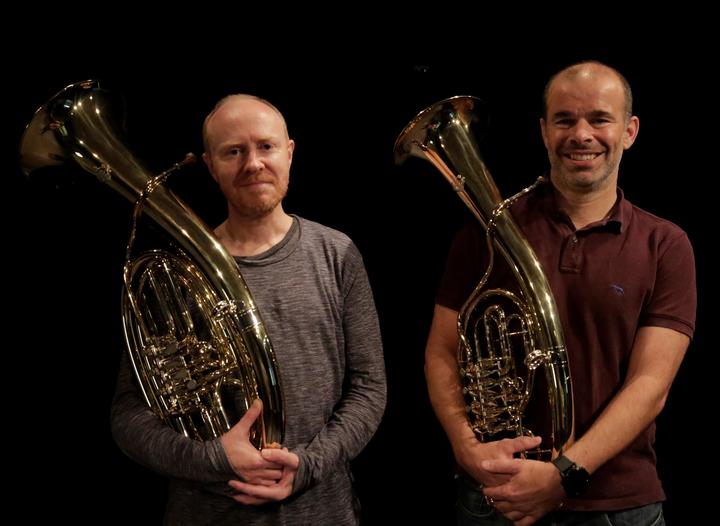 "It's more like a horn," Orchestra Wellington's Dillon Mayhew says. "It's poorly named. Not everyone calls it a Wagner tuba... and it's also played by horn players."

The Wagner tubas - also known as Wagner horns and Bayreuth tubas - are also very difficult to play. "It's a challenge," Mayhew says. "[The instrument] is more delicate."

The instrument doesn't get much of an outing, but this weekend it will feature in Orchestra Wellington's performance of Bruckner’s Symphony No 8.

There are only two sets of Wagner tubas in New Zealand. The ones being used for this weekend are provided by the Auckland Philharmonia Orchestra and have about nine to 16 feet worth of tubing, depending on the pitch of the instrument. The other set is owned by the New Zealand Symphony Orchestra and were first used in the late 1960s/early 70s. 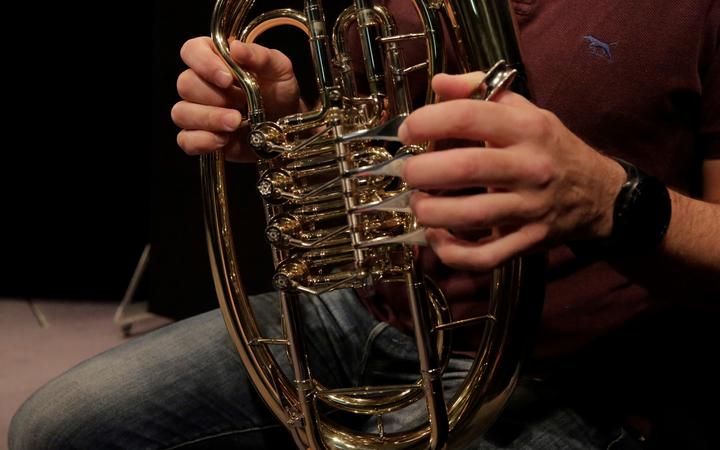 A close up of a Wagner tuba Photo: RNZ - Clarissa Dunn

The instrument was created for Wagner’s operatic Ring Cycle but many other composers use the instrument as well. The likes of Stravinsky, Strauss, Bartók and John Williams have all included the Wagner tubas in their work.

Wagner was inspired to create the instrument following a trip in the mid 1800s. But it took decades for the instrument to come to life. The Wagner tuba was made by Adolphe Sax, the inventor of the saxophone and had its first outing in 1875 for Wagner's Das Rheingold.