Review: Benjamin Morrison with the CSO a triumph

For many in Saturday night’s Christchurch audience, this concert was all about the return of Benjamin (Ben) Morrison and Korngold’s Violin Concerto. And that part of the programme certainly emerged as the highlight.

Another highlight was being back in the Christchurch Town Hall because, although this was my fourth visit to the auditorium since its reopening, the feeling of gratitude for the preservation and restoration of the venue is ongoing.

Although Mendelssohn had already written several of his finest masterpieces, including the Octet for Strings and the Overture A Midsummer Night’s Dream, there is far less evidence of the composer’s prodigious genius in Calm Sea and Prosperous Voyage.

It does have some reputation among Mendelssohn’s works, especially when orchestras and record companies need to compile a disc of his overtures, but despite some fine playing from the Christchurch Symphony and a clearly structured interpretation from conductor Benjamin Northey, I found little in it to justify its inclusion on the programme.

There are so many other standard repertoire overtures that I’ve never encountered in live performance, so I wonder why this rather mundane piece was chosen.

What about similar, but far more inspired works by Weber, Nicolai (now there would have been an all-Viennese programme), Dvořák and others? There’s just so much to choose from. 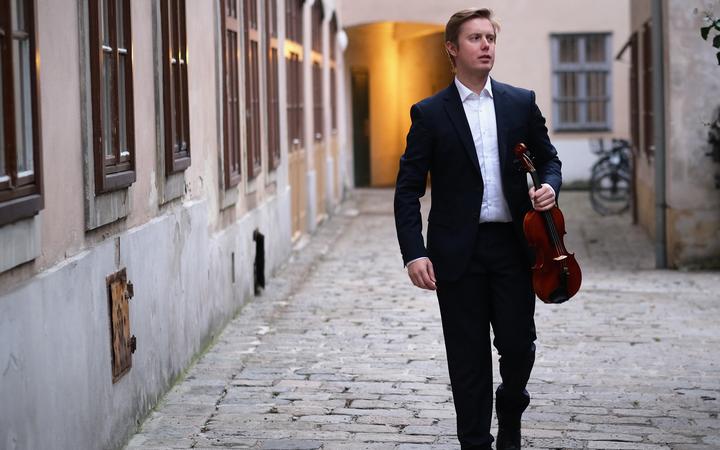 Erich Korngold was another extraordinary prodigy who wrote some impressive music at a very young age.

But he was forty-eight when he wrote what, in recent years, has come to be considered one of his finest works, and is certainly becoming one of his best known (not to forget Die Tote Stadt).

The lushly romantic Violin Concerto was played to exquisite perfection on Saturday night by Ben Morrison.

Despite its romanticism, this concerto is very much a twentieth century product with myriad passages of harmonic originality and its clear stylistic debt to Hollywood film music of the 1930s and 40s, a style for which Korngold himself was largely responsible.

The heart-melting opening phrase immediately established soloist Ben Morrison’s belief in the work, and conductor Benjamin Northey and the Christchurch Symphony supported his heart-on-sleeve emotionalism to the hilt; and that’s the way it should be in this gorgeous piece.

New York critic Irving Kolodin quipped, in his review of the work’s premiere, that it was “more corn than gold” but, clever as that line may be, it considerably misjudges a truly fine work.

The last time I heard Ben Morrison as a soloist was back in 2004 when he won the National Concerto competition with a searing performance of the Sibelius Violin Concerto.

That performance lingers vividly in my memory and after which I decided that the Sibelius was the greatest violin concerto ever written, an opinion I retain to this day.

I remember it as a performance of outward reserve and control, but an inner fire that belied Morrison’s undemonstrative coolness.

To some extent his performance of the Korngold displayed similar traits, although a more overt sense of expressive display did emerge at times.

Now a member of the first violin section of what some commentators believe to be the greatest orchestra in the world, the Vienna Philharmonic, Ben Morrison is clearly still an exceptionally fine soloist.

As an aficionado of the famous Vienna Philharmonic New Year concerts, which I streamed live this year on Austrian Radio (at 11.15pm NZ time), I followed it up on YouTube a couple of days later and was very aware of Ben Morrison’s presence in the orchestra.

His VPO-based Nicolai String Quartet also had a prominent spot in the interval feature of the occasion. This is still available on YouTube for anyone interested in following up on the impressive career of this Christchurch-born musician.

No-one that I spoke to had encountered the work before, even though RNZ Concert plays one or another of its movements from time to time, but all were waxing lyrical about its qualities.

Morrison’s intonation and ease in the highest register of his instrument were impeccable, not to mention a passage of beautifully-phrased harmonics which he tossed off with almost nonchalant aplomb.

This is music that can easily fall into the trap of becoming sentimental schmaltz, but in the hands of someone, as here, who understands and believes in its merits, it becomes more substantial and genuinely moving. What a pity we had no encore. 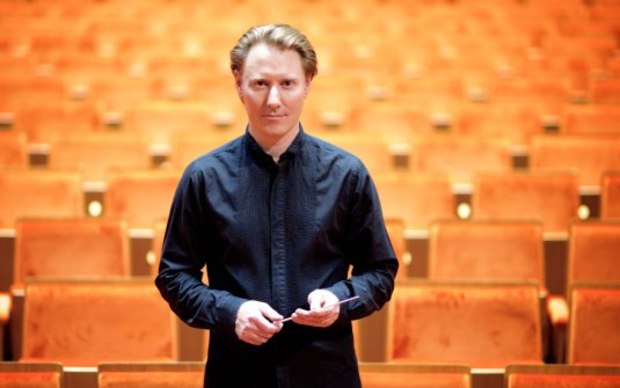 Beethoven: Symphony No. 7 in A Major

The second half of Saturday night’s programme was devoted to Beethoven’s great Seventh Symphony.

If the concerto with Benjamin Morrison was the major draw-card, Beethoven also always helps to bring out an audience, and on Saturday night the large audience in the Town Hall must have gratified the orchestra after eight years in lesser venues.

But there was still some room in the gallery, so there was quite a lot of ‘musical chairs’ as people used the interval to find better viewing and listening situations in a hall where not every seat’s a good seat.

Benjamin Northey’s Beethoven symphonies with the Christchurch Symphony over the last couple of years have been quite special.

Both the Ninth and the Eroica demonstrated an awareness of recent scholarship and an ability to project the revolutionary power and spirit of these ever-relevant masterpieces.

But the Seventh seems to be more problematic, and it’s often difficult to identify the factors that make the piece work or not.

There can be no doubt about the quality of the orchestra’s playing on Saturday night with, for the most part, fervent contrasts in articulation and dynamics, and some exceptional playing from wind and horn soloists.

Horns play a major role in the texture and ‘tinta’ of the Seventh, and both Emma Eden and Alice Yang deserve special mention for their superb contributions.

Mark La Roche’s timpani playing brought out a significantly enhanced feeling of the energy and bite that the work demands, especially with his period-style hard sticks, and the animated string playing was equally impressive.

So what was missing?

Maybe the element of dance that impressed Wagner so much in this work? Or perhaps in a hall this size a bigger string section could add more cut-and-thrust impact to Beethoven’s demands for sharply defined staccatos, short crescendos, sforzandos and many other details of articulation and attack.

Benjamin Northey kept tempi flowing with a strong feeling of forward momentum, which makes it difficult to analyse just why the performance didn’t quite achieve the sense of jubilation and ‘triumph’ (the concert’s title) that it can.

Although most tempi seemed appropriate, the final movement lost its rhythmic lift at a tempo notably faster than Beethoven’s metronome mark.

Until recently these metronome marks were thought to be too fast, possibly because the composer hadn’t got to grips with this new-fangled piece of technology, but the final movement’s marking of minim = 72 is slower than we heard in this performance.

At a faster tempo the dynamic contrasts, especially the many sforzandos, failed to tell, and the dance quality that can make the movement so exciting was mistakenly replaced by mere speed, which actually has the effect of counteracting the sense of exhilaration.

It’s always worthwhile encountering familiar works in a live context or to discover others, old or new.

This concert ranged from the less familiar to the very well-known and, if not everything caught the imagination as we might have anticipated, it was well worth coming out for the Korngold and for Benjamin Morrison’s persuasive advocacy of such a truly captivating work.