This List of Lists is New Zealand's contribution to the Olympic Games of contemporary art, the Venice Biennale.

Dane Mitchell has spent more than 18 months researching the names of lost words, creatures, currencies and much, much more.

The lists are being broadcast via large plastic pine tree towers in five different sites spread across the city.

People are invited to download an app to listen to the lists on their smartphones.

Dane's exhibition (called Post Hoc) also has two large elements at the waterfront Pavilion, in what was once the headquarters of the Institute of Marine Sciences. 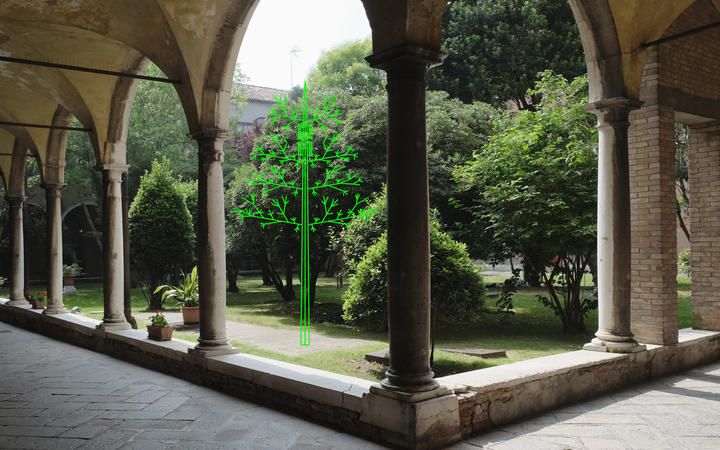 One is a giant printer that prints the names as they are being broadcast. When the Biennale ends in November, the floor of the old library will be drowning in kilograms of paper.

There is also a machine used to broadcast the words, a large stainless-steel cone cocooning a microphone and speaker.

Lynn Freeman met Dane under one of the tree towers.