NZTrio have announced their new line up to continue the “legacy” of the group. Founding member cellist Ashley Brown is joined by violinist Amalia Hall and pianist Somi Kim as permanent members. 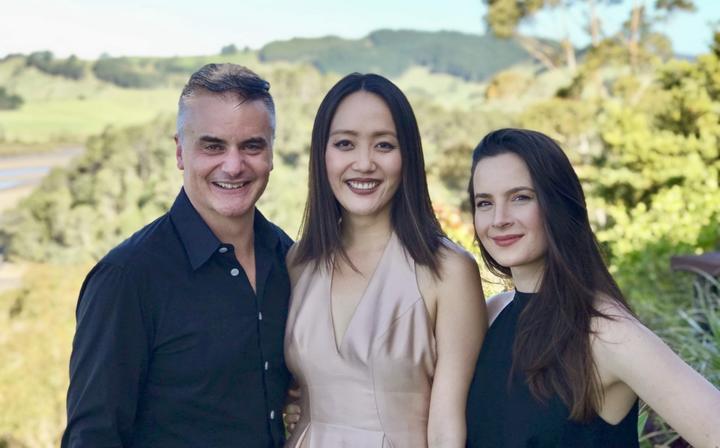 The announcement was made earlier this month.

It follows the departures of Justine Cormack in 2017 and Sarah Watkins in 2018.

Ashley Brown is elated to have the two new members. “It’s wonderful to have both on board,” he says.

Orchestra Wellington Concertmaster Amalia Hall is thrilled about becoming a permanent member of NZTrio. “It’s the start of something so new for Somi and myself,” she says. “We are excited joining Ashley… to continue what they started 17 years ago.

“It’s an ideal situation for Somi and I. We love playing chamber music… it was ‘the dream’ for musicians to… do chamber music nearly full time.”

Although the trio have been touring and performing since last year in an informal capacity, being invited to join the group permanently came as a surprise to Amalia. “It was out of the blue!” she laughed. “We were surprised in a pleasant way of course.”

For the past 12 months Ashley has been at the helm, working with a range of musicians looking after what the original group started many years ago. Now the group transitions into something new, but with the legacy behind them. “I felt a huge sense of carrying the responsibility for continuing a legacy for NZTrio,” he says. “but [it’s] not about being weighed down by the legacy. We don’t have to continue in the same model.

“[It’s the] renewing of NZTrio… it’s about providing incredible concerts.”