Violin wizard brings his bag of electronic tricks to Hamilton

Traditional instruments and technology don’t usually mix but that’s exactly what audiences will experience in Hamilton. 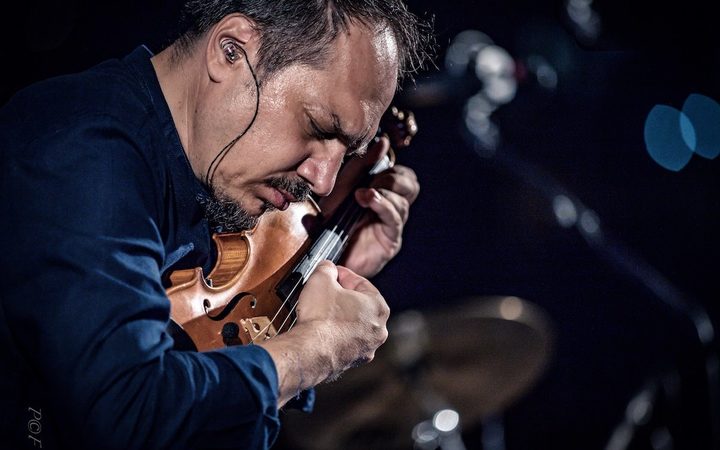 He’s part of the line-up for the Hamilton Gardens Arts Festival, which is marking its 20th year in 2019. It started this week and runs until early March.

Ciarla builds layers upon layers of music played on his violin. The looping pedal was lent to him by a friend 10 years ago. He never gave it back. “I fell in love with that machine,” he laughs.

At times, he’s reminiscent of Jimi Hendrix but on violin, distorting sounds to create interesting, layered music. For every gig, he performs live, allowing his audience to experience the creation of music in new ways and to push beyond what the violin can traditionally do. “It’s a music experience,” he says. “The audience is assistant to the birth of the song.”

Although Ciarla is classically trained he also draws inspiration from jazz and folk music.  Combining the genres with classical music was an organic step. “I never thought about putting them together, it grew naturally,” he says. “If you adore Bach, it would be difficult not to appreciate jazz and vice versa. Each [person] has their own taste.

“But [music] is like eating. If you love food you’ll probably be curious to try … other things.”

Ciarla is performing tonight, before touring around the country. He’s giving master classes too, with a focus on improvisation for string players.