The APO’s October 25th concert was entitled ‘Power & Brilliance’ and that’s exactly what the musicians delivered. The central work of the evening was Dmitri Shostakovich’s Violin Concerto No.1 which is intense, emotional, and searing music. Violinist Ioana Goicea gave us a thrilling and heartfelt performance that was one of the season’s highlights. 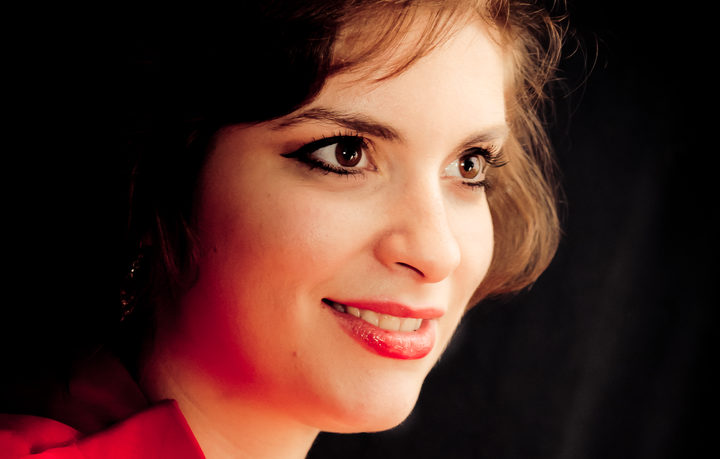 The evening began with a polished and agile performance of the overture to Alexander Borodin’s opera Prince Igor. This begins with ominous low strings – a feature shared by all the works on the program – which are interrupted by fanfares and an exciting Russian dance. A softer interlude with sensual clarinet melodies and shimmering French horn then took us into an exhilarating finish. We had an exciting sleigh ride through this piece with the APO and conductor Alan Buribayev playing with dash and élan.

The Prince Igor overture came from the Russia that was swept away by the twentieth century. Shostakovich’s violin concerto is the sound of what followed. This is not light music. It’s dark, disturbing and at times despairing but ultimately it rises to a triumph. Goicea effortlessly navigated the concerto’s immense technical, musical, and emotional challenges with a towering performance that was full of colour and nuance. Her full and rich tone filled the Town Hall even when the music sank to whispers and mutters at its lowest ebbs. From the almost frozen opening Nocturne through to the dazzling fireworks of the Burlesca finale her playing was assured and authoritative. The heart of the concerto is the f minor Passcaglia and solo cadenza which Goicea performed with white heat intensity and virtuosity. This was a completely compelling and mesmerising performance. After a storm of applause she encored with a beautifully judged Bach Sarabande that made a thoughtful and almost consoling capstone to the power and brilliance of the Shostakovich concerto. 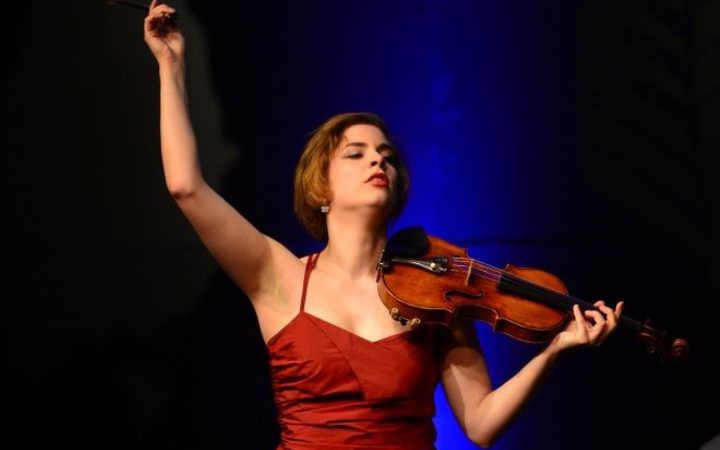 Béla Bartók’s Concerto for Orchestra was a well-chosen contrast with the demanding first part of the concert. This is more or less a symphony in five movements and is brimming with humour, surprises and tricks. But it also has its emotional depths in the opening Introduction and especially in the desolate and anguished central movement which lives up to its title of Elegy. Bartok, like Shostakovich (and countless others) was scarred by the horrors of the twentieth century and their music is both mirror and catharsis. Buribayev and the APO brought out these darker elements of the Bartók Concerto but also enjoyed themselves (as did we) with the humour and wit of the music. The somewhat slapstick fourth movement, Interrupted Intermezzo, lived up to its name with its oh-so pretty fake, chintzy folk tunes being regularly and rudely stopped dead in their tracks by the brass blowing raspberries. The second movement (Game of the Couples) featured pairs of instruments being led by a solo side drum with a pompous brass chorale interruption. However, the games resumed and the drum concluded tapping into silence. Well, maybe you had to be there … The Concerto concluded with an exhilarating and blazing finale that capped off an evening of powerful and brilliant music.