Getting up close with taonga pūoro

Music is art, and art is music. For Auckland based musician and instrument maker Liam Bowan art is in building instruments and performing music.

He has a keen interest in creating taonga pūoro and traditional instruments made from plants and hard-shelled fruits. 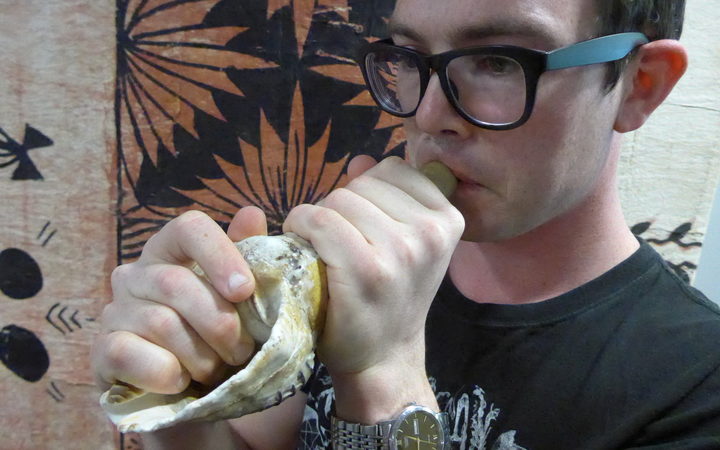 Many of his instruments are on display at The Audio Foundation for Artweek Auckland 2018, which runs until the end of this week.

Featured in the art exhibition are a number of instruments made from gourds – which have been used by different cultures to make vessels, tools and instruments. The public will be able to play and interact with the instruments. 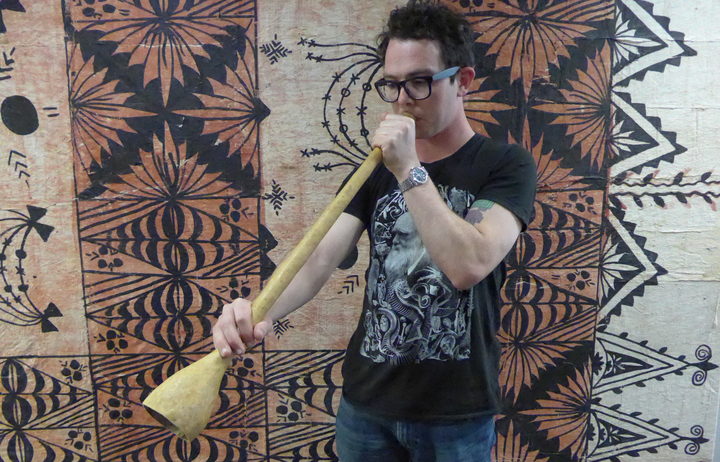 He’s created pōrutu (and larger kōauau), rehu and nguru, which resemble flutes, the pūkaea, a wooden trumpet, or the pahū pounamu, a percussive instrument used in whare purakau. He says his instruments are “90 percent taonga pūoro and 10 percent experimental”.

Liam’s fascination with making instruments during travels through China. On his return to New Zealand he saw taonga pūoro at the Auckland Art Museum. “They were so expensive, so I thought ‘I better get out and make my own’,” he says. 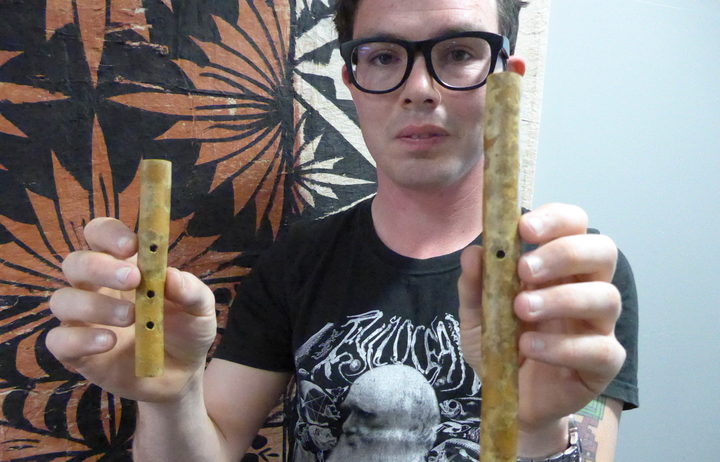 It’s not just the instruments that intrigue Liam. He’s fully immersed in the world of taonga pūoro. “We do have a strong community of makers and players and have the blessings of the more experienced people,” he says.

“I do feel very privileged to have this access to this knowledge.”

He also draws inspiration from artifacts. His shell trumpet (putorino) was based on one collected by James Cook during his second expedition to New Zealand. The original trumpet is on displayed in England and had been broken and patched with wood. Liam went hunting in the Coromandel for a broken shell and tried to replicate that trumpet.

He’s hoping his instruments will inspire others to take up the art form and has even started passing on gourd seedlings to help others grow their own.