This year’s APO concert opera was Verdi’s ‘Aida’ and the orchestra and singers gave us a powerful and full blooded performance. 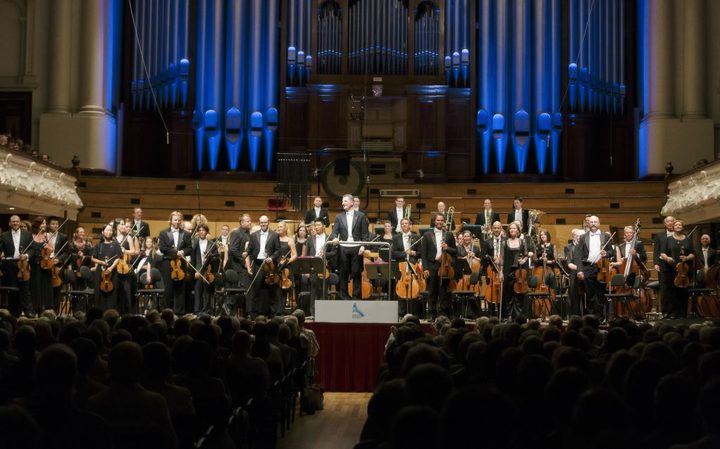 One of the grandest of grand operas, ‘Aida’ has been noted for its extravagant productions (send in the elephants after the camels) but concert versions provide a chance to hear the music without distractions.

The performances were strong but I personally find something unmoving at the heart of much of the opera’s music.

Antonello Palombi was a powerful Radamès with full voice that he showed to fine effect in the opera’s first big ‘hit’ ‘Celeste Aida’.

The Russian mezzo-soprano Olesya Petrova was a stand out as Amneris with rich and expressive singing.

Maria Luigia Borsi seemed a little one dimensional at times and could have been stronger at times although I enjoyed her ‘Qui Radamès verra …’ from Act III.

The Freemasons New Zealand Opera Chorus was a delight throughout as various priests and slaves.

Conductor Giordano Bellincampi’s love of Verdi was evident in the spirited conducting and the APO’s agile playing which was forceful in the large set pieces such as the famous March and subtle in the more tender moments.

I personally find it hard to love this particular opera as it seems to have no emotional core to me and I don’t really engage with the characters.

It is popular because of the sheer power and extravagance of the music to a large degree.

This was a fine and compelling performance that the audience responded to very enthusiastically.

Strong singing and fine playing made for a powerful and triumphant version from the APO of this ‘grand’ in every sense of the word opera.

Watch and listen to the performance here: