The Auckland Symphony Orchestra and a group of DJs and vocalists will be giving some of the biggest dance hits a symphonic twist at the upcoming Synthony 2018. 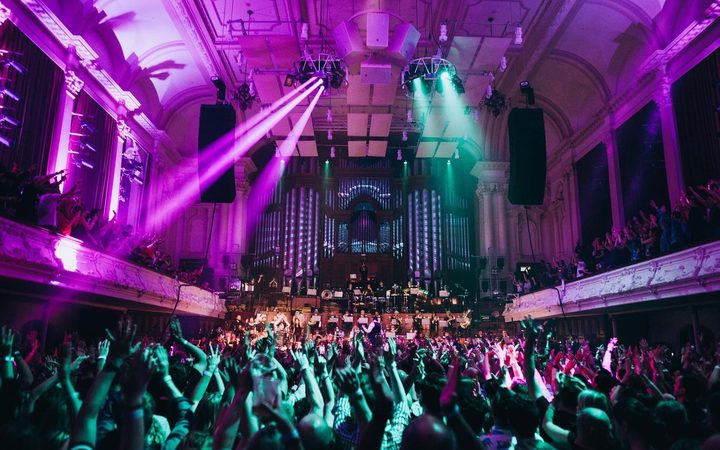 The idea was brought to life for the first time in 2017 and driven by conductor Peter Thomas and Erika Amoore.

Thomas says the orchestra felt like rock stars last year and they are looking forward to taking to the stage once again.

He was unable to reveal what will be in the musical line-up, be he did say some of last year’s favourites will be returning. 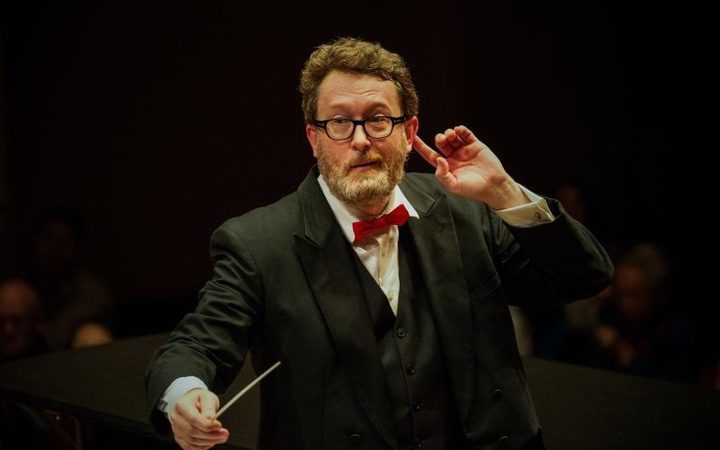 There will be lots of fresh material, featuring more instrumental soloists and the inclusion of the Town Hall organ.

The 2017 sold-out gig at the Auckland Town Hall featured arrangements of tunes by Fatboy Slim, Delirium and Robert Miles.

Those tunes have been orchestrated by Ryan Youens, who’s worked on projects including The Hobbit.

His goal was not to “mess around” with the original tunes too much, but to provide an engaging experience for the musicians and audiences alike. Keeping the “iconic licks” was important to him.

Erika Amoore told Upbeat’s Zoë George in 2017 that she was inspired by BBC Radio 1 Ibiza Proms and that the gig was more of a rave rather than an orchestra performance. “We expect everyone to be on their feet dancing.”

RNZ reviewer Tony Stamp said at the time while it was a fun gig with an enthusiastic crowd, the sound mix wasn’t the greatest and the orchestral colours were barely audible.

But Peter Thomas says to expect a good balance of DJs and live orchestra this year.

He says this type of music is also helping attract a new audience to the orchestra. “We have a very stable traditional audience who have been supportive for years but we are seeing younger people coming,” he says. “Orchestras are alive and well in the 21st century.”

Who: The Auckland Symphony Orchestra with George FM DJs and guest vocalists