May the 4th be with you with NZSO’s Larry Reese

Timpanist Larry Reese shares his highlights for 2018 so far and picks a few greatest hits. 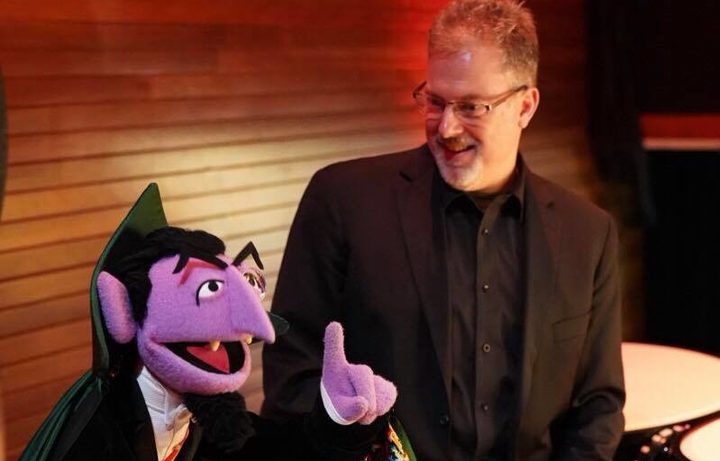 It’s May the 4th, a date that inspires fans of the Star Wars film franchise to make liberal use of the film quote/ homophone “May the force be with you”.

Timpanist Larry Reese has had a busy year so far. He’s performed in the NZSO’s live accompaniment of the film Star Wars: A New Hope, and with the Muppets in the Jim Henson Retrospectacle. He also teamed up with The Count from Seaseme Street to demonstrate some time signatures for us:

The perfect choice to open with, as it’s the date to celebrate everything Star Wars. For Larry the sci-fi series changed his life. He saw the film as a 15 year old when it came out in 1977. It was the first time he had been exposed to orchestral music like that. He loved the John Williams score so much that Larry went out and purchased the Star Wars LP, which he quickly wore out. “That film is directly responsible for the pathway I chose,” he said.

Sticking with the 70s, this tune from prog-rockers Steely Dan also played an important part in Larry’s development as a percussionist. Steve Gadd was on the drums for this track. He went onto win a Grammy. “His drumming, still astounds me,” Larry says. “I never tire of it. It’s an incredibly satisfying piece of rock and roll.”

Larry describes this piece as heart-wrenchingly beautiful, romantic, emotional and pure. It should tear at your soul. It’s so forward looking for Handel. It’s so romantic and so emotional. I fell in love with it because… near the end she breaks a note. “I want to believe she did that deliberately because of the heartbreak… and if she did just crack a note and kept it… that’s even more beautiful because it’s human.”

“If I could only listen to one piece ever again… that’s the one piece,” Larry says. This is a piece for the percussion family. Larry says it’s extremely satisfying playing it because the writing is so colourful. There are moments that are “exquisite”, powerful, foreboding and full of sorrow.

Larry is a big romantic at heart, calling the Fairy Garden “beautiful … elegant… and simple”. He says this piece brings him profound contentment. “You can play it at my funeral,” he says.