Sound art beneath an Auckland volcano 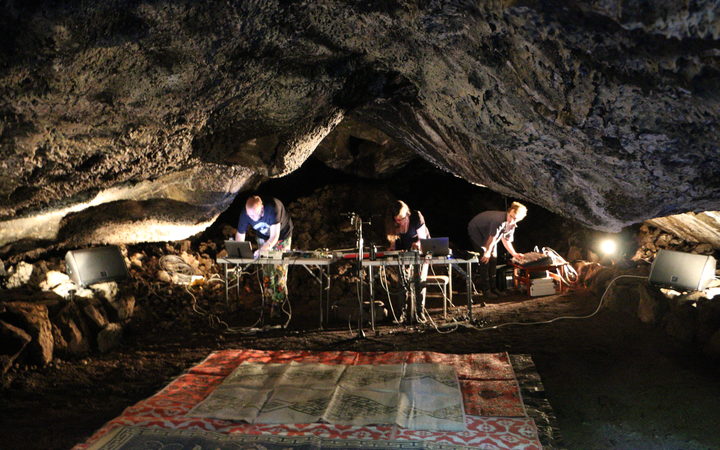 Some members of the wider music community in Aotearoa get up to some pretty unusual activity from time to time.

On Sunday last, RNZ’s Auckland producer Tim Dodd turned speleologist and went along to a concert with a difference.

This is underground music – literally.

It was a concert put on by Auckland’s Audio Foundation and featured performances by sound artists Sam Longmore & James Sullivan, Rachel Shearer, and John Bell.

But rather than performing in a venue with a flat floor, four walls and a ceiling well above head height, this concert was held in a lava cave at the back of a private property in suburban Mt Eden. 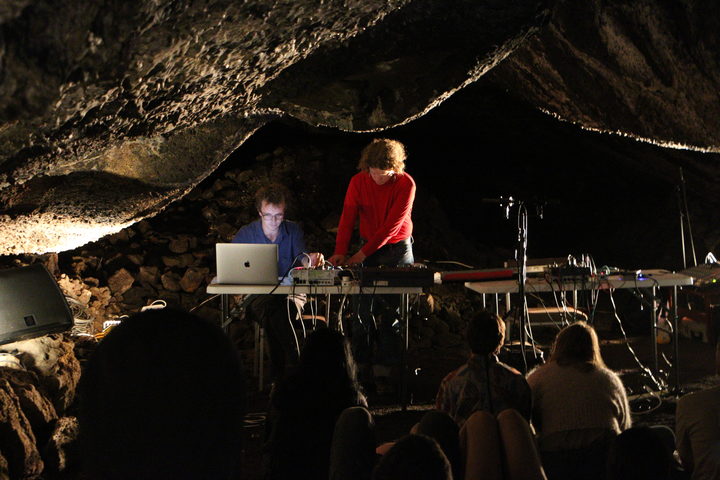 Rachel Shearer, in particular, has a special fascination with the sounds created by the earth itself; she has been working with these sounds for several years. She gave the piece she performed at this concert the title Te Oro ­ō te Ao, “The Resounding of the Earth”. 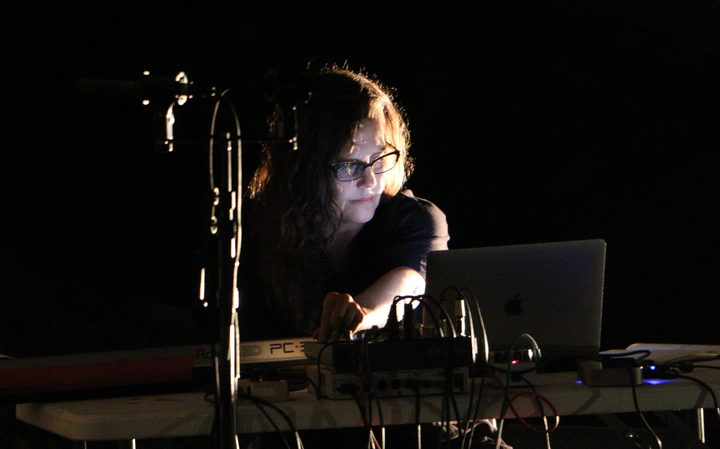 For his improvisation, which he called ‘Go Deeper’, John Bell used a startling array of percussion instruments, $2 Shop toys, and miscellaneous junk.

The occasional drips from the ceiling of the cave posed a potential problem for the electronic equipment, but Bell was hoping to co-opt them into his performance, setting up a resonant frying pan to catch them for extra sonic magic. 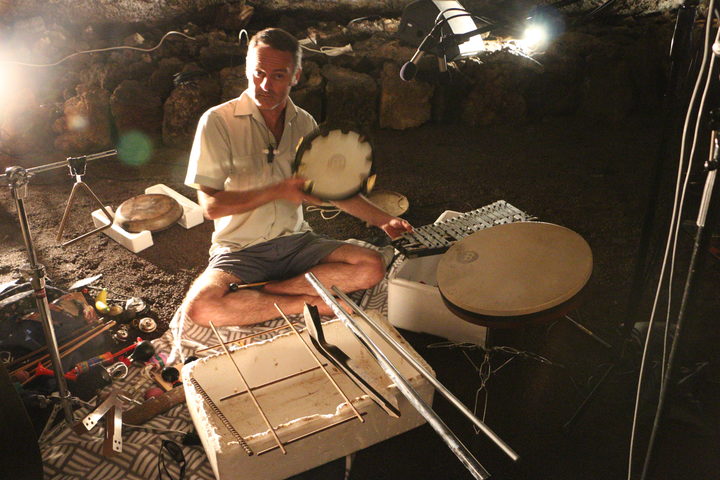