Have you ever wanted to conduct an orchestra? Well you’ll have the chance to do just that at CubaDupa in Wellington this weekend.

Orchestra Wellington, along with interactive company MIXT has created a virtual reality experience where you get to stand on the podium and conduct the last movement of Stravinsky’s Rite of Spring.

You wear a headset that allows you to see a 360 degree view of the stage – and audience – and listen to the music recorded by RNZ Concert. 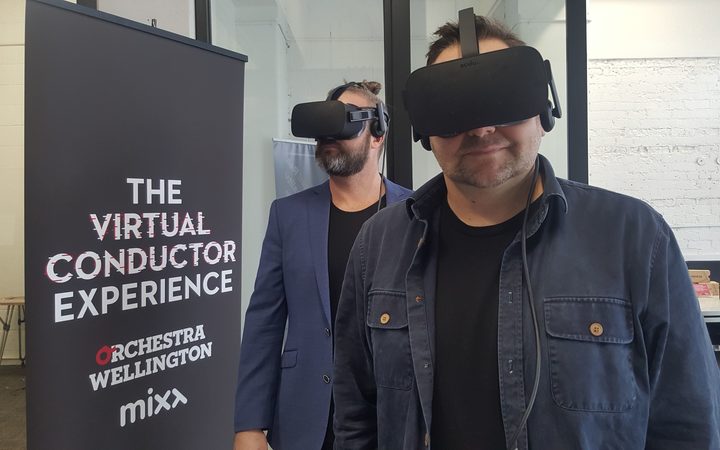 The music was chosen in consultation with the orchestra’s artistic director Marc Taddei. ‘The Rite of Spring’ was chosen because of the dramatic, intense ending.

The idea is a follow-on from another 360 degree video recorded about two years ago. In that video, the perspective was in the middle of the orchestra and filmed during a live performance.

“VR in classical music isn’t new,” says Orchestra Wellington’s Marek Peszynski. “This is the first that puts you in that perspective of the conductor with the live audience.

“We’ve always been a very progressive orchestra,” Peszynski says. “Our shows aren’t formal. The conductor will speak before and after every piece. [These] practices … are rarely seen amongst other orchestras.” 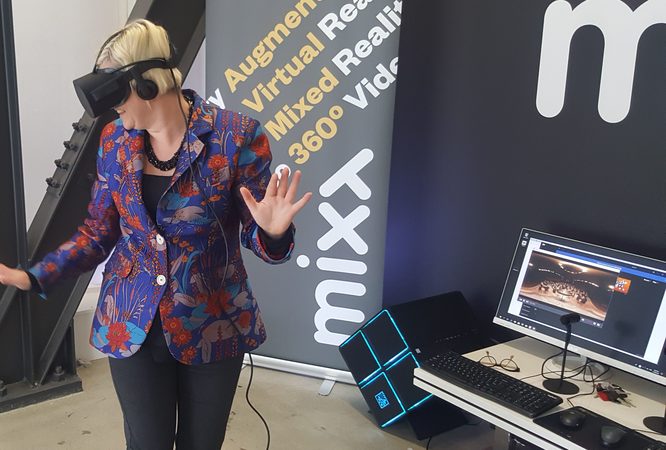 The video was shot in one take but it was the planning and post production that took the most time. The video was two to three months to plan, then another three to four months in post-production.

“The experience itself we think is wonderful, it puts you in the shoes of the conductor… standing up there, [you] start to sweat and get a bit of stage fright,” Peszynski says.

Peszynski sees the VR experience to be not only fun, but educational. After CubaDuba the orchestra will be taking it to schools, rest homes and community groups. He also thinks it will help those with performance anxiety.

“It’s that realistic. I’d never thought of that until I tried it out … wow this is quite freaky,” he says. “You have to take a few deep breaths to get over it.”

Virtual conductors will be without one thing however – a baton. But augmented reality is on the drawing board.

“We are already talking about digital batons,” Peszynski says. “That getting more into game development.”

But for now he just hopes people will enjoy the experience on offer at CubaDupa. “[it’s about] complete immersion [and] getting lost in the world of VR,” he says.