Ken Smith is a revered name for brass enthusiasts.

He was one of the leading musicians, arrangers and conductors of brass bands in NZ history, and was a talented cornet and trumpet player.

He died recently in Melbourne aged 88. 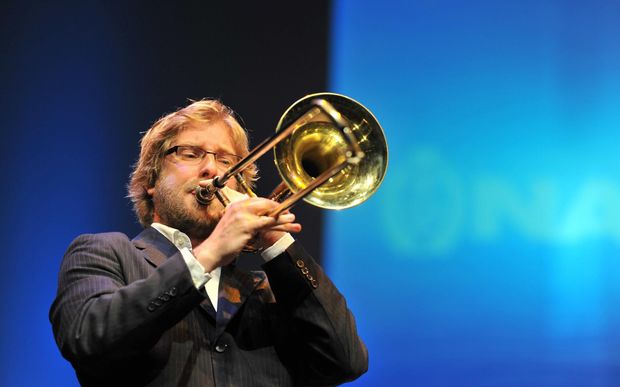 He spent time working with brass bands in England before returning home to work with bands here, leading the St Kilda Band to first place at the New Zealand Championships.

Bremner says Smith was such an incredible musician that he had an immediate impact on the musicians around him.

Described as “gentle” and a “lovely guy”, Smith built his legacy of arranging orchestral music for brass bands, and while it didn’t go down well for some in the scene – according to Bremner – these arrangements became a staple of Smith’s concerts.

He was also a talented artist. Every Christmas Smith would hand make cards for those in the successful 1985 band.  Bremner’s family would receive the cards feature calligraphy and hand drawn images of cathedrals and halls the band had played in. The cards were Bremner’s favourite.