Sol3 Mio: It's Beginning to Look a Lot Like Christmas

“It’s beginning to look a lot like Christmas” here at RNZ Concert. Santa Claus came early and we’ve happily received an early Christmas present from Sol3 Mio, who joined us with their full festive spirit in our studio to perform live. They shared with us their experiences in San Francisco, their plans for next year, and of course, they spread a bit of good old Christmas cheer.

After a two-year hiatus pursuing their own individual careers, the boys are coming back together to promote their latest album A Very Merry Christmas and tour across New Zealand in December and January.

It has been quite a journey for the three (brothers Pene Pati and Amitai Pati, and cousin Moses Mackay), with the two brothers completing their Adler Fellowships at San Francisco Opera. Pene Pati scored a lead role as Duca di Mantua in Verdi’s Rigoletto, a formidable achievement for a first-year young solo artist, singing with his wife Amina and his brother - a true family affair.

“I think that was an historic moment for the opera house,” says Pene Pati. “One, because a leading role doesn’t go to an Adler [Scholar] - it just doesn’t happen, and two, my brother was on stage, and three, my wife was on stage, all at the same time.

“They had to take many snaps of it as a time to remember. I don’t think that will ever happen again.”

For Amitai Pati it was an equally special moment. “Well for me, it was my debut at the opera house and I couldn’t have imagined a better debut. I was on cloud nine. It was the best debut ever because I get to sing with this guy.”

And the reviews have been spectacular for Pene Pati, Opera Today described him as “possessing vocal swagger and freshness of voice”. The role in Rigoletto earned him universal praise and critical acclaim for his “suavely delivered” [San Francisco Chronicle] and “clarion clear” [San Francisco Examiner] performance.

But Pene remains endearingly humble about his success. “I’ve never looked at my voice from the outside looking in, but everyone keeps saying you’ve got an instrument there, and I’ve always been … maybe too modest or humble about it, and I’m like, ‘I’m sure I’ve got the same instrument as the guy down the road’. 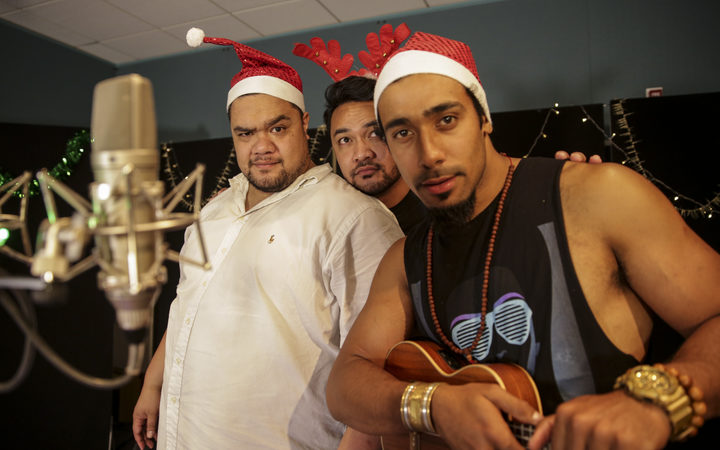 Meanwhile back in New Zealand Moses Mackay has been busy arranging, singing, writing two pieces for their album, as well as working other albums (all while looking after his “very big dog”). He also recently headed to San Francisco, where the trio brought Sol3 Mio to mainland American soil.

“That was another huge step for the opera house. They took it on tentatively because they wondered how will people perceive the opera house if we brought something in that was crossing boundaries,” Moses says. “It was a huge success. We went from singing to big crowds at stadiums to big opera connoisseurs, and it was amazing for them to give the nod and say hey, they’re [Sol3 Mio are] doing something great for us.”

And they are doing something great, as well as offering something unique - three Samoan boys from New Zealand isn’t something you’d read about every day in the world of opera.

But what seems to really set them apart is their connection they have with each other, and the audience on stage.

“They really loved the intimacy, the brotherhood between us, and the banter on stage, and the way we get along,” Amitai says. “They’re like, ‘hey - you boys look like you’re having fun’, and I’m thinking, ‘… shouldn’t we always be having fun’ - you know what I mean?”

Sol3 Mio is currently spreading the Christmas cheer on a nationwide tour. More info can be found at sol3mio.com