The body is art, and that’s what is celebrated when a group of women take to the stage in the capital regularly, carrying nothing but a book.

Naked Girls Reading is a bi-monthly show in which women sit, or stand on stage nude while reading literature important to them - everything from feminist prose and sci-fi fantasy to academic papers and poems. Each show is themed differently, with this week’s focusing on Pride.

But it’s not just about literature. The show has started conversations about the way we appreciate art and the human body; even more so the way we view our own bodies as art. Issues around gender identity and politics also come to the fore in this bare-all setting.

It’s run and MCed by Genevieve Fowler, who also explores the ideas around the body, gender and art through her on-stage persona drag king Hugo Grrl (girl). 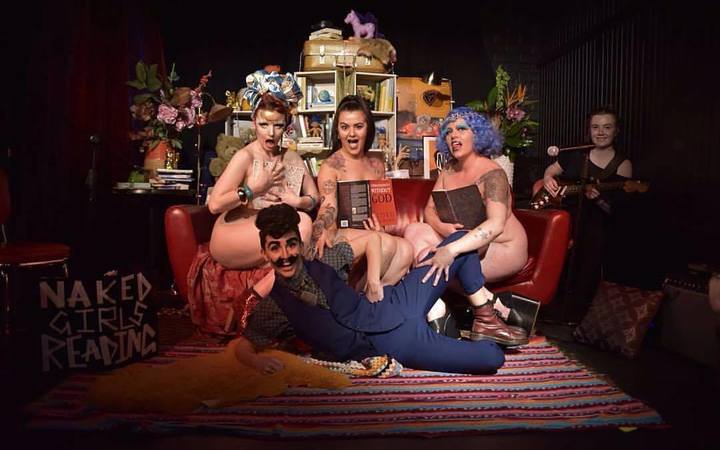 The idea for Naked Girls Reading was developed in Chicago eight years ago and has spread around the globe. Genevieve became aware of it and decided to bring the format to Wellington nine months ago.

The idea has raised a few eyebrows. Often she gets asked what it’s for or she receives messages saying it’s pornographic. “Naked Girls Reading – it’s in the title!” she laughs.

“Naked Girls Reading seems incongruous. When we see naked women in the media they are not usually reading.

“They are often in an exploitative or patriarchal context. And there’s this idea now that nudity is anti-feminist. But I couldn’t disagree more.

We live in a world now when what you can do with a female body is so heavily regulated that there’s nothing more punk rock than getting nude with a book.”

Audiences often get a rude shock when they arrive to a show like this and don’t get what they were expecting.

“People turn up thinking it’s going to be very sumptuous, very glamourous and a very traditionally sexy show. And they are not wrong. But we are going to yell about feminism and our feelings for 90 minutes too.”

The interest in participating in Naked Girls Reading has been overwhelming. Across the six shows on this year only 21 spots were available, however more than 100 people applied to be part of it.

Each show focuses on a different topic, and with Pride being this week’s theme it’s attracted the first non-cis-gender performer. They are trying to challenge the definition of “girl” and “women” in a modern and open context.

Those involved are been between 18 and 45, but Genevieve is encouraging women of all ages to take part.

“We are trying to diversify. We want writers, artists, professionals, accomplished women.”

“Women with stories and a history with their naked body that is different in context to a 20 year old,” she says.

The most poignant story for Genevieve was that of a mother, who was self-conscious about her stretch marks.

The performer read a piece from Australian feminist writer Constance Hall about motherhood and how the world views mothers’ bodies as not being perfect.

“But would you ever look at a forest and wish it was a different colour?” Genevieve asks.

“Her body had a function and produced life many times over. It was powerful to see her body with the lines and let that tell a story.”

Ultimately it’s about sharing art - art in the literature and art that is the human body and the stories associated with bodies.

There is a change for both performer and audience once someone takes to the stage.

“After people look at your body as art on stage you start to believe you are beautiful.” 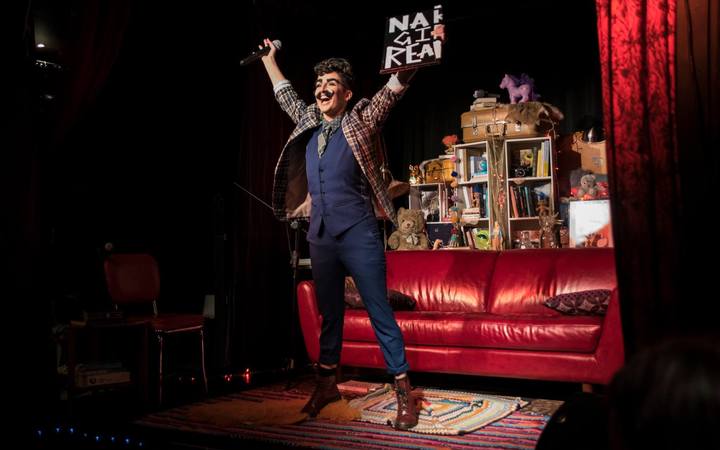