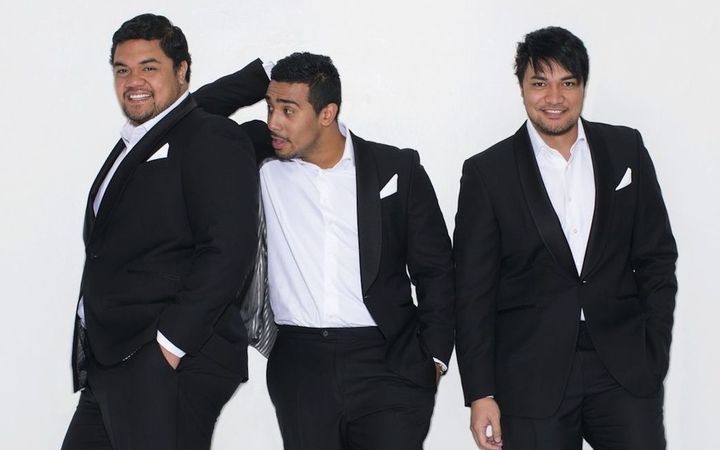 Moses Mackay, one third of the Samoan opera tro Sol3Mio, is focusing on a solo adventure in 2017.

First he’s playing the glamorous toreador Escamillo in Festival Opera’s Carmen, then he’s off to New York to work with top producers on his debut solo album.

Moses talks to Zoë George about going out on his own, the move to more contemporary music and the price of fame.

Festival Opera is returning this year for the Art Deco Festival in Napier with Bizet’s ever popular Carmen, featuring Russian Mezzo Soprano Nadezhda Karyazina in the title role.

Moses was approached by Festival Opera’s founder Anna Pierard and asked if he’d like to take up the role of the bullfighter almost a year ago. They had worked together previously when he was an emerging artist for New Zealand Opera. It was a role he was familiar with, having performed the Toreador’s aria at university.

Playing opposite Moses is well known Kiwi soprano Anna Leese. “I’m going to have to lift my game,” he says. “I feel like I’m climbing a mountain at the moment. I have a lot to prove but I’m going to put it all on the line.”

Since being cast in Carmen he’s been doing his homework, but Moses says he’s gone into rehearsals with an open mind and a willingness to learn from those around him. “I’m a blank canvas. I think every opera is an internship,” he says.

Festival Opera involves working with local teenagers and Moses says it’s a very special environment because nowhere else in the world provides opportunities like this for disadvantaged youth.

After Carmen - which is on stage 14, 16 and 18 February at Napier’s Municipal Theatre - Moses heads to New York to work on a solo album which is set for release at the end of the year. While there he’s working with producers who have overseen albums from Nora Jones and John Legend.

The album is different from what he’s created with Sol3 Mio in the past as Moses tries to discover his own unique voice. But it’s the success of the group that he hopes to ride the coat tails of.

“I’m happy with the success (of Sol3 Mio),” he says. “The goal was to bridge the gap between contemporary and opera. It’s been said that opera is a dying art form but that’s because the right teachings aren’t in place. I hope what we are doing is helping.”

The other members of Sol3 Mio, Pene and Amitai Pati, are currently plying their trade at San Francisco Opera, and there may be an opportunity for Moses to join them. There are talks of San Francisco Opera hosting a Sol3 Mio concert, which would be a first.

With two bestselling Sol3 Mio albums and legions of fans you would expect the fame to go to his head.

“We are honest boys,” he laughs. “It depends on what you’re asking. But when it comes to the music there’s no hiding.”

And it’s not sex, drugs and opera for him. His family and friends keep him grounded.