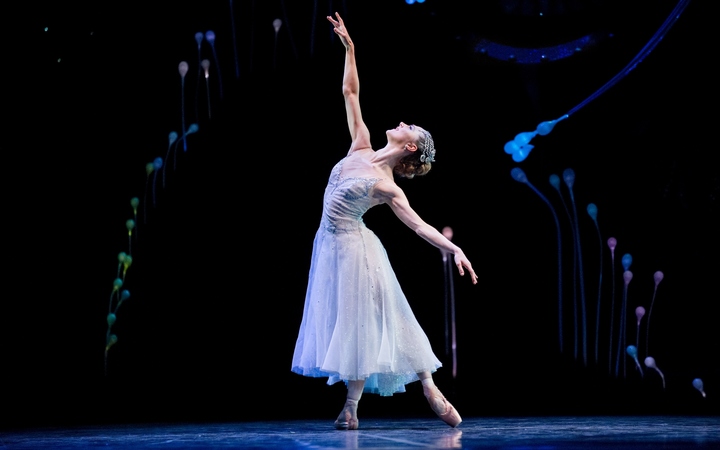 Tonia Looker has more than 17,000 followers on Instagram and has a made a name for herself not just as a ballerina for the Royal New Zealand Ballet, but from posting how-to videos on social media that attract thousands of likes, follows and fans.

Tonia has been with the RNZB since 2008, dancing in lead roles including Juliet, Giselle and Titania from A Midsummer Night’s Dream. The New Zealand Herald last year said she was made for the role of Titania in their review of the show.

Dancing was something she always wanted to do, but initially she thought it would tie in with her love of singing, Tonia says.

“I trained as a singer as well as a dancer. I adore performing and my main aim was to go into musical theatre. That is what I had originally thought for myself. Just purely because of my love to sing as well. The more I tuned into my ballet training, particularly classical ballet, I just completely fell in love with the whole package of what it is, the discipline, the story telling, all of it.”

The discipline may be a surprising answer for anyone with even a vague understanding of the rigorous physical demands of professional ballet, but for Tonia it acts as a motivator.

“It’s like after you exercise and you have all of those endorphins, it becomes part of your routine. It becomes obsessive in that way. Your body craves it. You crave that feeling. But then with ballet, or with dance, you have that added element that you are not just doing it for yourself, you are giving something to others that can watch you. So in that way it is really unique.”

Tonia began sharing her experiences performing and travelling with the RNZB on her blog in 2011. Young dancers would ask her for advice, which led her to creating How To videos and uploading them to YouTube. Her three most popular videos are tips for using pointe shoes. Now the videos she uploads to Instagram regularly get over 2,000 likes.

Because of the age of her audience, who she says are mostly girls between the ages of 9-15, she does feel a responsibility to not post anything that would be too dangerous for an aspiring dancer to try at home. But sometimes, when you are posting videos into the ether, it can be easy to forget that there is a real person behind each Instagram like.

“It is like your own little world and sometimes I forget that people are actually watching me. With posting things from your phone all of the time, it doesn’t really feel like people are all there, sometimes.

“I get a great sense of community online and I really love that and I really feel connected to the people that I am posting to, but when you actually bump into somebody on the street and they’re somebody who follows you, then it’s a bit of a shock, ‘Oh you’re a real person who is following me!’

While Tonia is aware of the potential dangers of posting online so frequently, she is not worried about the intrusive nature of social media. Her main aim is to spread the message of dance as far as she can, she says.

“I am a very open person and the message I would like to be sharing is one that I am very open about letting people into, which is my love of dance. In that sense it’s not intrusive because that’s something that I would like people to intrude on.

“I think it is amazing that we can communicate with such a wide audience online. I think that is so incredible and such a great way to share what you love to do.”