The Art of Etiquette – burlesque 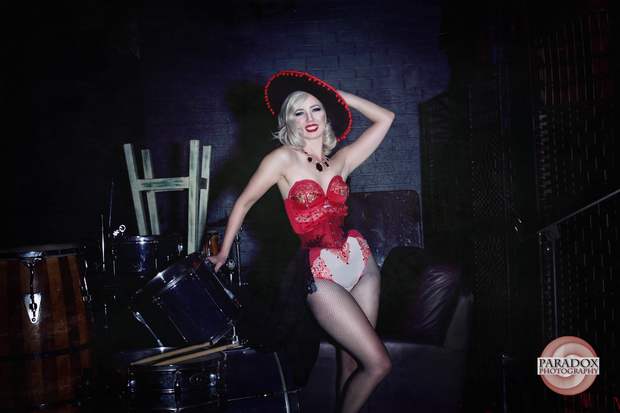 In this week’s episode, Upbeat producer Zoë George goes vintage, getting inspiration from the 40s, 50s and 60s, exploring the art form of Burlesque.

Bailey McCormack aka performer Fanciforia Foxglove on if it’s ok to take a piece of discarded costume, whether audience members get up on stage and what “pop a pastie” means.

It’s tricky. There’s lots of history that goes with it and it’s a bit misunderstood. Essentially it is the art of tease, and it’s about the creation of spectacle. There’s also comedy and sexiness and everything in between. It draws from circus, sideshow, jazz, ballet; any style you want to infuse, along as there’s a tease element. The history is through vaudeville and sideshow and from exotic dancers, like belly dancers to bring that bump and grind burlesque we know now.

What era does it draw from?

The most recognised in its modern capacity is the 40s, 50s and 60s. That’s when it was considered the golden era of burlesque. It was a time of dinner, theater and sleazy strip clubs with beautiful burlesque performers and costumes. That’s what Dita von Teese has drawn from. She’s like our patron saint of modern burlesque. She’s repopularised it.

Is it considered to be an art form?

Absolutely. There’s lots of skill involved. With any art form there’s mediocre and there’s great. I think if people gave it a go they would realise how much goes into creating a spectacle. Burlesque performers are in charge of their hair, make up, costume, props and narrative.

It’s tease but is it sexual?

No it’s not. I’m a performer known for theatrical comedic style. I do some classic tease too I would choose to go over a gag. I choose comedy over sexy any day. I get a kick out of making them laugh. It can take you on a journey, from funny, to titillating to grotesque.

Expect glitter, a spectacle, and usually a trip through time. Sometimes there’s jazzy burlesque, or it can be weird and wonderful. Burlesque is often part of a variety show/vaudeville style with circus acts, comedians and poets.

As an audience member how should I dress?

Dress up! More is never enough! We don’t turn you away at the door if you’re wearing jeans, but we love the audience to go overboard. Go to theme and there are often awards for best dressed audience members. We love seeing people embrace that glamour.

Is it an interactive art form?

Yes. In many ways it’s a lot more interactive than other forms of live theatre. You can cheer, shout, and yell “take it off”! But don’t interrupt the MC. The MC is there to do a bit too. They are often comedians or circus performers. But once the burlesque performer comes on stage, watch and respond to the bits you love. As a performer the more we hear from the audience the more we want to give. It’s a two way street.

Can I get up on stage with the performer?

Not uninvited. If the performer goes out into the audience and interacts, then play along. If they beckon you up on stage for you to be part of the act it’s ok. Just don’t wander up on stage without being invited.

I’ve witnessed it happen though. A performer friend did a controversial act; a satirical one that could be perceived incorrectly. One audience member got so offended that she tried to tackle the performer twice and security had to pull the audience member away!

Again same rule, if the burlesque performer is coming through the audience don’t just touch uninvited. If the performer wants to use that interaction then go with it, but don’t touch without an invite

Can I keep a memento – for example a piece of costume?

No. We try to keep clothes on stage. Costumes are very expensive and lots of hours go into them. Please don’t keep a glove, or shoe or knickers. Kindly give them back.  Unless it’s a cheaper item the performer is intentionally giving out to more than one person, then it’s ok.

Can I get up and grab something during the show?

It all depends on the venue. We often perform in bars like drag performers. In some venues its set up for people to get up, but if it’s a sit down venue typical to a theatre show then wait until the MC is back on. Give performers the attention they deserve throughout their act, which lasts 6 or 7 minutes.

Can I talk during the show?

No. You can scream for the performer, as long as it’s engaging with the performer. It’s the same when the MC is talking. Show your respect and read the room.

Australian based New Zealand performer Raspberry Blossom said recently that you don’t go to a show to be judgmental. Is that something that happens?

Yes. Sometimes people don’t know what they are getting into, and it’s tough because these performers are out there being extremely vulnerable and using their body as their canvas and art form. We are condition to be a little judgmental at times and things come out of our mouths that we don’t think twice about. Think about what it would feel like if you were to be in that position on stage. Check your beauty standards at the door. You have to understand there’s a human behind that exaggerated persona.

Can I say hi to the performers after the show?

Absolutely. We love meeting the audience afterwards and we are often glammed up. We love to chat to people.

Do not take pictures or videos. Often the shows have a professional photographer and you can save your photos until after the show. The flash can be off putting and it’s rude to be on your phone during the show. As a performer you don’t want to see a blurry picture of you half naked on a stage and think “oh god who took that”!

What are some tips for people wanting to go along to burlesque for the first time?

Wear false eyelashes, red lipstick and glitter. Look it up, come along and come with an open mind and sense of fun.

I nearly burnt down a historic building. We did a show at Dransfield House and they had open flamed candles. I got a little excited with my bra removal and flung it. It brushed the side of the candle and everyone gasped. I had no idea until after the show.

It’s break a leg in theatre, what is it in burlesque?

Pop a pastie! You have to say it with a little shimmy.