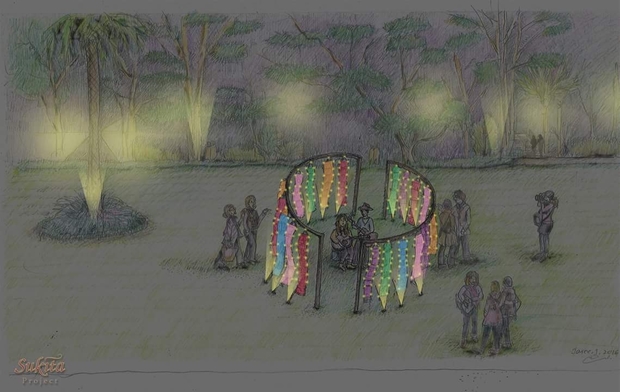 CAMPLIGHT a banner woven by the Kayan people in Nelson. LEDs sewn on the banner will dance with music to create a magical atmosphere for Light Nelson Photo: Supplied

Light Nelson is back again to brighten up mid winter. The free city festival is made up of an outdoor gallery of light installations, clustered around the lily pond and massive trees of the city’s historic Queens Gardens, and into the NMIT campus. Founder Anne Rush and music legend Paul Hargreaves from NEON who will perform a live electronic performance called NEON ROBOT using graphics and sound machines.

The Kerikeri International Piano Competition is on this week with a three person judging panel including German pianist Jan Jiracek von Arnim. This thoroughly likeable Professor who runs his own prestigious competition in Vienna says he couldn't care less about mistakes - he wants to hear pianists who let their emotions shine.

1.30 To make the impossible possible: On artistic creation in troubled times 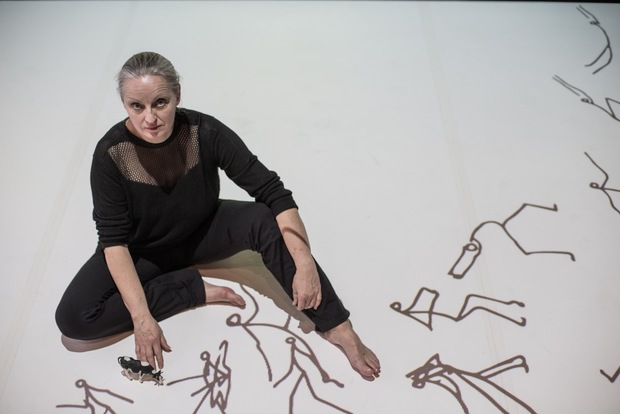 What value does contemporary dance have in the increasingly troubled modern world and why do audiences actively seek out Art when life gets tough? Swedish dance educator Efva Lilja joins Carol Brown at the  Undisciplining Dance Symposium in Auckland where traditional thinking about the role of dance is being challenged.

Auckland Symphony Orchestra presents Last Night of the Proms to celebrate the Queen’s 90th birthday.  Conductor  Peter Thomas has drawn together 150 performers including mezzo soprano Kayla Collingwood and solo cellist Sarah Spence for this one-off night of the Best of British entertainment.