1.00 Behind the musical theatre curtain 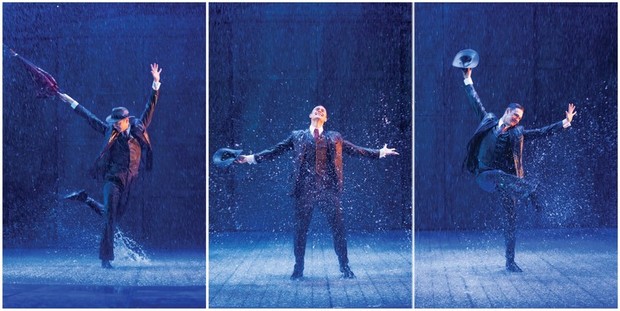 Rain is forecast for the century-old St James Theatre as it's turned into a "water park" to recreate the scenes made so famous by Gene Kelly and Debbie Reynolds. Photo: SUPPLIED / Singin' in the Rain

James Cundall is the man behind Lunchbox Productions, a company that brings big blockbuster stage productions like Singin' in the Rain and Priscilla Queen of the Desert to New Zealand with casts from abroad. But what does that mean for Kiwi musical theatre actors and the industry as a whole?

1.20 The depth of connection and understanding

“At 75, British playwright Caryl Churchill may be at the top of her game" … so began a recent review in The Economist of Churchill's 2012 play Love and Information which is being produced in a Double Caryl Churchill season at BATS in Wellington. Director Tabitha Arthur and actor Perry Piercy discuss how Churchill continues to come up with new ways of playing with important themes over four decades of work.

Music can be the powerful backdrop, foreground and sidekick to the big moments in life, and death. From the delivery suite to the grave, music can bring us into the world, and farewell our time in this mortal realm. Music 101's Yadana Saw explores the importance of music at every life, and death, stage.