Sophocles' Greek tragedy Oedipus Rex is being reinterpreted by a contemporary South Korean theatre company. Juliette Sivertsen goes behind the scenes to meet those responsible for The Chorus, Oedipus being staged at Auckland Arts Festival this week. 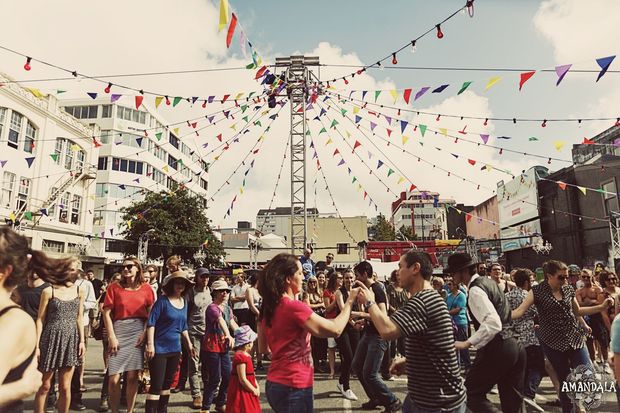 Tobias Jundt and Steven Templar are among the hundreds performing at CubaDupa. We find out what Wellington's answer to Mardi Gras will pan out like this weekend.

New Zealand composer Gillian Whitehead talks about Britain's pre-eminent composer Peter Maxwell Davies who has died. Gillian was his student and then friend and talks about helping the composer with the last minute work to get his ground breaking mono drama Eight Songs for a Mad King premiered in 1969.