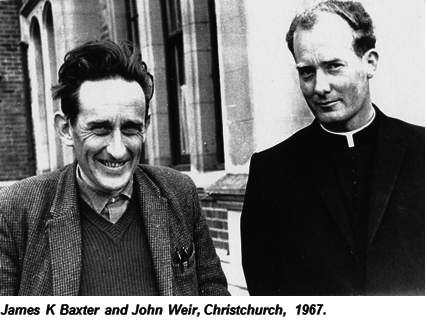 A lifetime of prose by New Zealand writer James K. Baxter covering over a million words and four hefty hardback books is being released free on the internet by Victoria University. Fergus Barrowman, publisher at Victoria University Press, says Complete Prose is a significant addition to Baxter scholarship. Complete Prose was published as a four-volume set last year. It's edited by Baxter scholar John Weir, who began working on the publication 40 years ago.

Kirsten Johnstone talks to music promoter Gerry Paul about his new  event, the Coastella International Music Festival happening on Easter Saturday on the Kapiti Coast. Kirsten finds out what motivates Gerry to gamble on a new festival with his own money.  The festival includes international musical performances, local food, produce, craft beer and wine.

The story of pianist and singer Benjamin Clementine is a classic rags to riches tale about a young man who was so destitute he busked on the streets of Paris for three years before an appearance on a television show changed his life. As Benjamin tells Trevor Reekie the only trouble is people are so interested in his poverty stricken background he’s worried his story will overshadow his music.