These ancient springs in Bath, England are the birthplace of the cult of Sul-Minerva, where members worshiped both the Celtic Goddess Sulis and Roman Goddess Minerva. When Leonie Holmes visited the ancient site the pagan imaginings she experienced there eventually became her chamber work Aquae-Sulis. 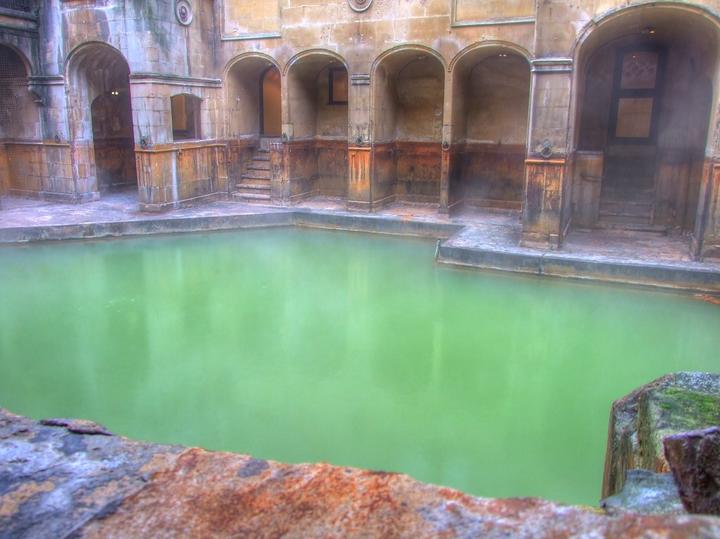 These Roman baths are situated by the remains of a Celtic temple to Sulis (one of only two classical temples to survive in good condition in the British Isles). This melding of religions was common practice across the Roman Empire. The dual worship of the Celtic Goddess Sulis and the Roman Goddess Minerva, gave rise to the cult of Sul-Minerva.

Although the baths are now a tourist site, Leonie could still feel the history of the place and being there summoned a variety of imaginings – dark underground vaults of water, steaming pools, slowly dripping water and faster running streams, ancient supplications, sacrifices, curses and prayers, fertility and healing.

This is Aquae Sulis performed by Auckland Chamber Orchestra, conducted by Peter Scholes.