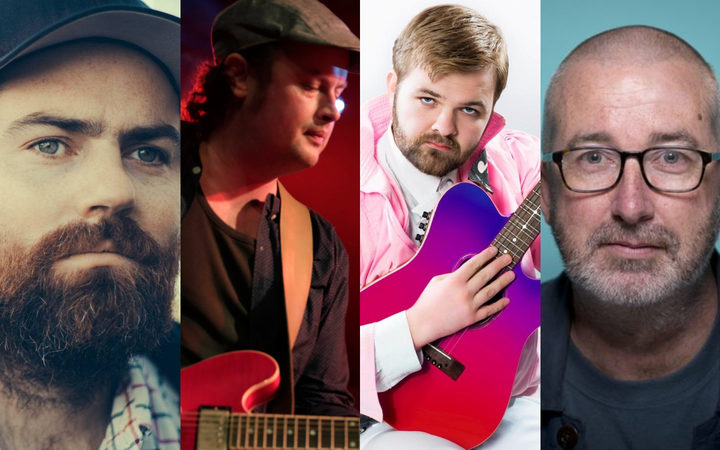 In a sweep for the Wellington-based film and TV production community, the Best Original Music in a Series Award went to Luke Buda, Samuel Scott, and Conrad Wedde for their soundtrack to Australian sci-fi series Cleverman.

The Best Original Music in a Feature Film went to David Long for his soundtrack to Roger Donaldson’s documantary McLaren.

Luke Buda, Samuel Scott, and Conrad Wedde are best known as members of The Phoenix Foundation. The trio also compose for screen under the name Moniker.

Over the past decade, Samuel, Luke and Conrad have created scores for three major films directed by Oscar nominee Taika Waititi: Hunt For the Wilderpeople, Boy, and Eagle vs Shark, as well as TVNZ dramas Until Proven Innocent, Rage, and Bloodlines.

Their work has been nominated for five New Zealand Film and Television Awards, winning Best Original Music in a Feature Film for Boy in 2010.

Although multiple Phoenix Foundation songs being finalists for the Silver Scroll over the years, this is their first win aside from Lukasz Buda's co-write on the James Milne/Lawrence Arabia 2009 Scroll winner 'Apple Pie Bed'.

The other two finalists in the Series Soundtrack category were previous winner, Karl Steven for his dramatic score to the historical TV series Dear Murderer; and Matt Caradus for his work on the post-apocalyptic teen sci-fi drama The Cul De Sac.

David Long's score for McLaren deftly flicks between and blends orchestral, jazz and electronics to depict the astonishing journey of Bruce McLaren, a man from humble beginnings who took on the elite sport of motor racing and won.

David Long is a prolific composer and producer. He formed the Mutton Birds with Don McGlashan and made three albums with the band. At the same time he began to compose for contemporary dance, eventually moving into film and television scores.

Long has worked on all of Peter Jackson’s films since The Frighteners as well as composing for many New Zealand films and TV series. He plays with the bands Teeth and The Labcoats.

The other two finalists for the Best Original Music in a Feature Film were Sean Donnelly (aka SJD) for The Free Man and Stephen Gallagher for Human Traces.