William Dart takes a look at Charlotte Yates' splendid new Mansfield album with a host of Kiwi musicians responding to one of New Zealand and the world's finest writers. 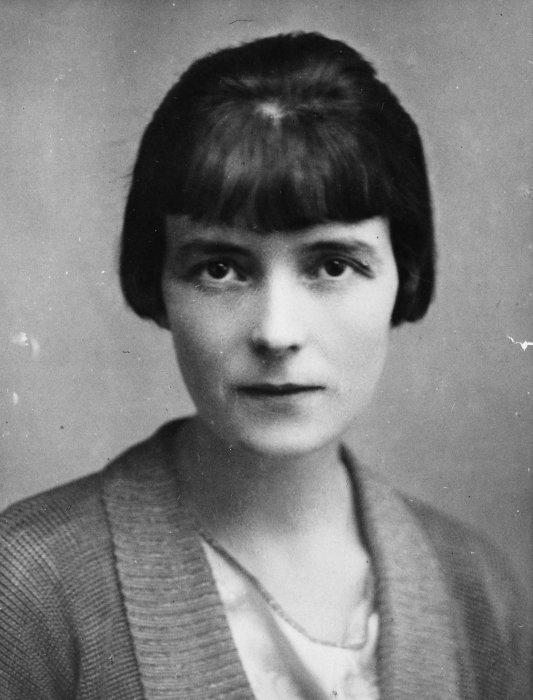 New Zealand composer Edwin Carr responded to Katherine Mansfield’s poem, 'Sanary', with a piece for oboe d’amore and piano. He caught, rather beautifully, without words, its portrait of uneasy claustrophobia in a French seaside town.

A woman sits in her hot little room looking over the bay. Contemplating a scene so quiet that she didn’t seem to think, feel or even dream.

Mansfield lays out a vision here that could be a slightly sinister siesta in the Mediterranean, in which one finds oneself powerless to resist the creeping torpor. All of which seeps out of the poem’s memorable images in which little boats are caught like flies in the web of a spidery sun, and dusty deserted streets are suffused with too sweet smell of dying mimosa.

And at least one of these images is conjured up by The Bats, when the group takes on this poem for Charlotte Yates’ new Mansfield project.

There’s some effective atmosphere being set up here, with Malcolm Grant’s shimmer of cymbal evoking Mansfield’s spidery sun. But the coming together of one of Flying Nun’s grand old bands and a woman whose delicate literary style was the envy of none other than Virginia Woolf, could be a considerable culture shock in some quarters.

But then Charlotte Yates, the woman behind the just-released Mansfield project, has never been afraid to spread a little stroppiness. Which was the great strength of her previous albums devoted to James K Baxter, Hone Tuwhare and Witi Ihimaera.

Katherine Mansfield is the first woman to join what’s been a boy’s club until now, a writer distanced both geographically and chronologically from us here in Aotearoa in 2020, spending most of her career in Europe and dying, at the age of just 34 in 1923.

A tragic image that very much lingered with me when I previewed Mansfield back in January, playing French for Rabbits’ setting of her final poem, 'The Wounded Bird'. And it turns out to be the perfect signing off for the finished album.

Brooke Singer of French for Rabbits is one of numerous women vocalists on Mansfield – many inevitably falling into a roughly folkish mould, especially Mel Parsons and Lorina Harding.

Harding sets off on 'The New Husband' against the strum and pluck of guitar and banjo, rather cleverly echoing the familiar phrases of trad folksong for Mansfield’s bitter poem.

Charlotte Yates’ Mansfield is launched by Anna Coddington, whom I’ve enjoyed on stage singing everything from David Bowie with Auckland Philharmonia Orchestra to Björk with the Blackbird Ensemble.

Here she takes a Mansfield poem that was discovered too late to be included in Vincent O’Sullivan’s 1988 collection, the principal inspiration for Yates’ project. It creates a resonant symmetry with the album’s closing track, 'The Wounded Bird'.

Coddington’s contribution is titled 'To K.M.' and is a self-portrait of the poet, with strong avian imagery. This time the bird is not wounded, but up and flying, searching for freedom. And it’s a compulsive quest, as jittery blips, bleeps and beats are sprinkled against Coddington’s rich vocals.

Listening to these women singing the words of Katherine Mansfield, I find myself wondering what Mansfield herself might have thought of it all.

She was in fact a musician of some competence, a cellist, and there are many references to music in both her short stories and her more private diaries.

Reared in a colonial, late Victorian and Edwardian drawing room and church culture, we read of her, at the age of 10, enjoying a choir practice on her first voyage to England and joining in the later singing of Easter hymns.

What might Mansfield have thought of Julia Deans tackling one of her most personal poems, written to her brother Leslie, who perished in 1915 in the Great War.

Deans is one of our most ambitious and accomplished songwriters. The one-time leading lady of Fur Patrol has gone on to recreate Joni Mitchell’s album Blue in concert, tour the country in a production of Jacques Brel is alive and well and living in Paris and, just last month, sing the part of Lola in Mascagni’s Cavalleria Rusticana in Napier.

This tribute to Mansfield's brother, titled 'To L.H.B.' opens with memories of innocent berry-picking in childhood, but soon gives this foraging and gathering a more ominous context.

It’s a telling touch when Julia Deans’ final communion is significantly followed by the dissonance of disillusion.

Gender balances are rather nicely maintained in Mansfield, with Charlotte Yates herself bringing in Mark Tierney for a remix of her earlier Mansfield setting, 'The Awakening River', even if, when greeted by Tierney’s rather confrontational instrumental introduction, I did miss the jaunty, gung ho swing of the song’s original opening verse.

But later on, the magic does burst out, as does Yates’ voice, which almost seems to break free from imprisoning speakers.

Thanks to Charlotte Yates and her new album, I’ve been undertaking a bit of a Mansfield immersion over the last few weeks. And it’s been fun tracking the writer’s opinions and reactions in this area.

At one point she’s proud to feel superior when her musical conversations with travelling companion May Gilmer are limited to composers such as Edward McDowell and Chopin. Yet when Wagner’s name comes up a few years later, she realises that this music is elemental and has human blood in it.

How, I wonder, would she have responded to Lawrence Arabia’s musical clothing for her poem 'Malade', a grim picture of two tuberculosis victims with only a wall between them – a piece that was originally cast in prose with the brutal title, 'Pulmonary Tuberculosis'.

The ever-elegant James Milne, with his Arabian cap on, paints it black, with a sense of desperation in its rhythmic propulsion. But there’s a sweet sadness too, in its piled up honeyed vocals.

I also enjoyed Mansfield’s poem 'Secret Flowers', as delivered by Eddie Johnson, under his stage name of Lontalius.

Johnson’s a young singer-songwriter who’s returned from Los Angeles, on a quest to write pop music, to find his own sound back home.

Finding a sound, perhaps, as Katherine Mansfield hoped to find love in this poem, longing for that "steady light, a lamp within whose pallid pool [she dreams] over old love-books".

Afloat in a sea of synths, Lontalius conveys the pain and frustration, against what almost sound like stern down-bow thrusts.

'Sunset' is a poem of remarkable intensity and two soundmeisters — Toby Laing from Fat Freddy’s Drop and Will Ricketts of The Phoenix Foundation — put it into a sort of chiming, trance-laden, South Pacific bossa nova.

Although I’m not quite sure that Louis Baker’s vocals quite achieve the Kurt Elling-style cool that comes to mind.

'Pic-Nic' is a poem with a strange provenance. It first appeared in Katherine Mansfield’s diary, laid out in prose, with the word “She” emphatically underlined throughout.

We see two women in white on a beach, one painting, the other writing. Putting down paintbrush and notebook, they go off – one to dabble her legs in the pool, the other to crawl into a dark cave and ponder childhood days. Both return to the beach, fling themselves down on the sand, heads in arms looking like swans.

Forget any idea of Saint-Saens’ smoothly gliding swan when Delaney Davidson stirs up the grunge factor in his setting. Where Lawrence Arabia spun honey in a similarly upbeat response, Davidson deals out salt and gristle, with turntabling and what sounds like squawking kazoos on the loose. All to paint a picture far, far from the surreal gentility of Katherine Mansfield sur la plage in 1918.

I’ve always admired the way that Charlotte Yates gives her artists free rein in respond to the texts in hand — who could forget David Eggleton and David Downes going terrifyingly wild with James K Baxter’s 'The Maori' Jesus' twenty years ago?

While Mansfield devotees will be smiling at her references to T S Eliot and Oscar Wilde, we've got a story to listen to. And Tusiata Avia tells us the story and takes us through the party, especially effectively in the opening minute or so, when she could be reading from one of her own children’s books.

But then, somehow, when the dancing starts and the characters come on – the lady laughing behind her fan and that queer Russian ballet head – everything becomes maybe a little too saturated for its own good.

However, like the 11 tracks around it, and the indefatigable Charlotte Yates who put this project together, its bristling energy can’t be faulted.

And that’s a big plus these days.